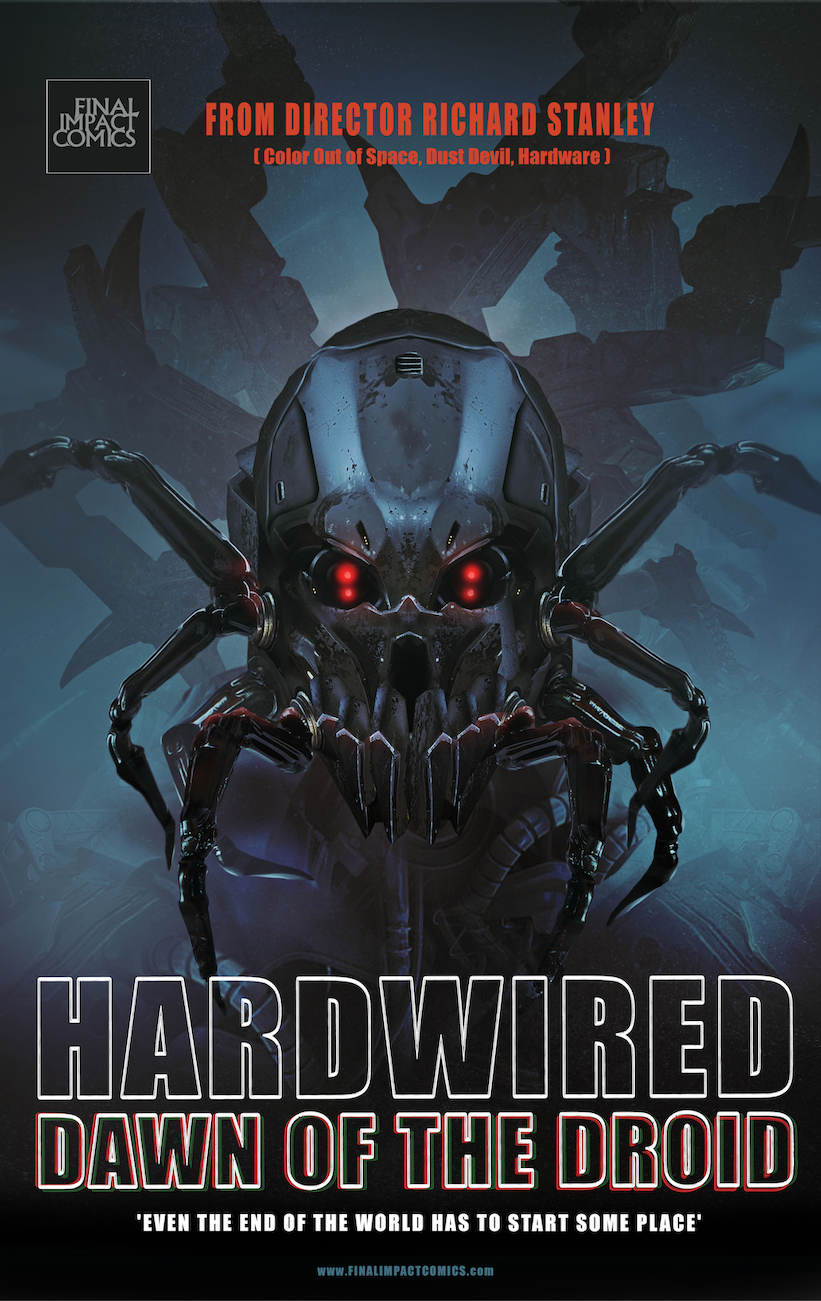 'EVEN THE END OF THE WORLD HAS TO START SOME PLACE'

In 1990 Richard Stanley wrote and directed one the best sci-fi flicks of all time - the now cult classic HARDWARE. Now he returns to an apocalyptic war zone with an all new story. Featuring killer droids, splatterpunk warriors, chainsaw phalluses and Shades the spiritual space jockey engineer!