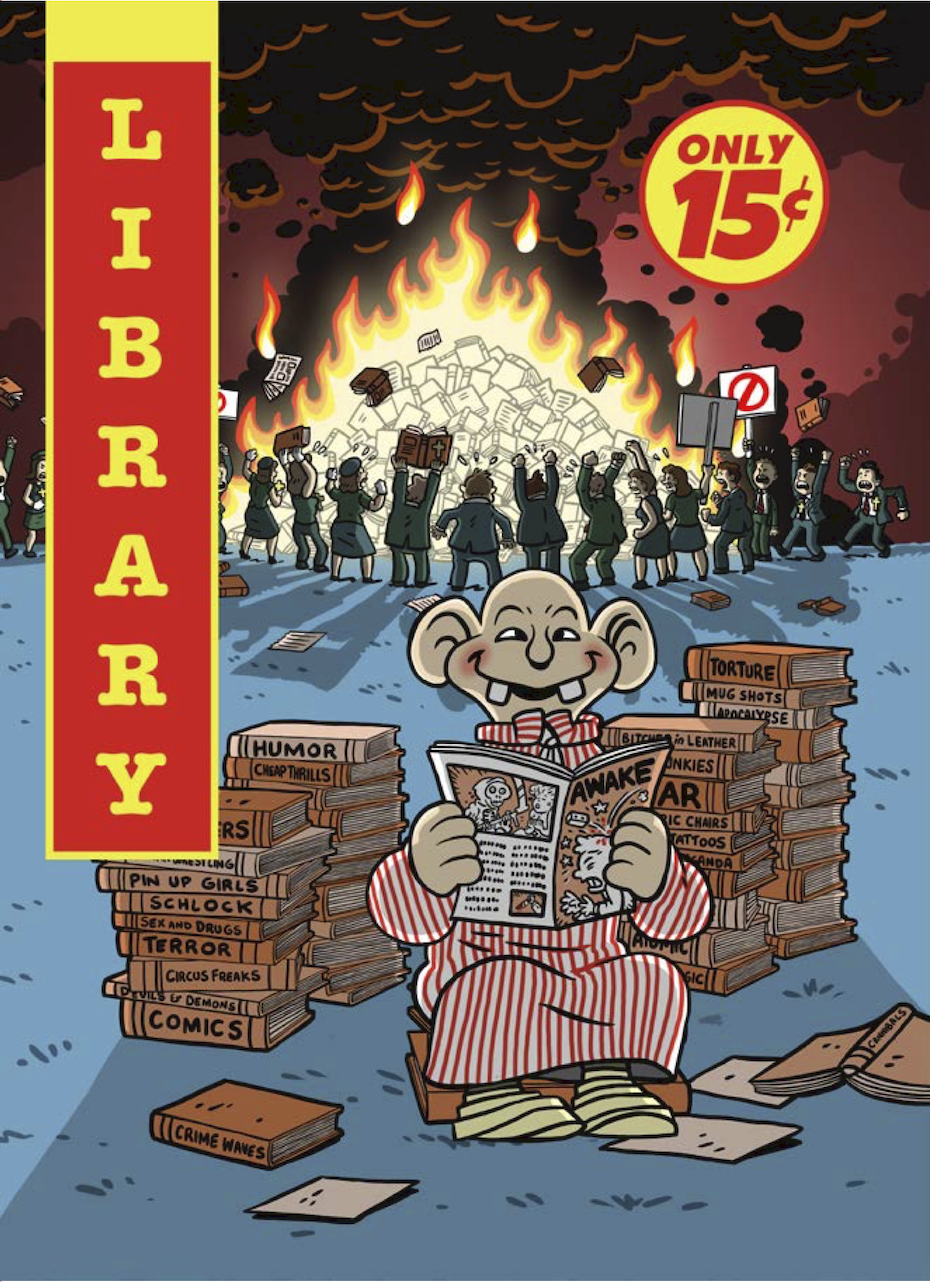 You CAN judge a book by its cover!

A wild celebration of the world of publication, LIBRARY is a semi-moveable feast of bibliomania. Within these covers lurk thousands of books, magazines and pamphlets printed over the last century. Salvaged and archived by Glenn Bray, the contents of LIBRARY celebrate a vast array of high and low art - from a first-edition Hemingway to off-brand adult magazines of the 1960s, with everything sacred and profane in-between.

Reproduced in shocking color, LIBRARY is a cracked kaleidoscope of the world of print, where the cover is king and the stuff inside is just an afterthought.

800 pages of heavy-duty brutal beauty, curated by one of the world's foremost collectors and publishers of the odd, overlooked, and fantastic in comic illustration and art.

"Glenn Bray has a once-in-a-generation eye for the shocking sicko alien beauty/ ugliness that lies at the far edges of 20th century American culture. His LIBRARY will make you feel like you’ve been lied to your whole life, like you’ve seen only what they wanted you to see."
- Dan Clowes

"In my town, growing up, was a scary hole in the wall that was a newsstand. I peeked in a few times. Someone was sitting behind a tattered curtain listening to a ‘learn french’ record with copies of the Midnight News pinned to a clothesline. Little boys and girls went in the door and traded their lunch money for grotesqueries. Glenn must’ve gone in there a bunch."
- Gary Panter

“Glenn Bray—America’s great collector of the 20th century’s Ephemeral Arts—has spent his life (and most of his discretionary income) putting together this Grand Library of Babble. It’s a Library where you’ve gotta judge all the books by their covers, cuz it’s ALL eyeball kicks—an obsessively curated junkyard of book covers, pamphlets and other oddball paper detritus that escaped the recycling bin.
Bray takes you on a totally unguided tour of the inside of his head, and it’s a wild ride down Maim Street! You’ll travel from the perverse underbelly of High Culture to the heights of the Lowbrow-Degenerate-Sleaze Arts. And if you survive the end of our civilization, this giant brick of a book offers all the clues you’ll need to figure out what made it worthwhile and why it crumbled.”
- Art Spiegelman