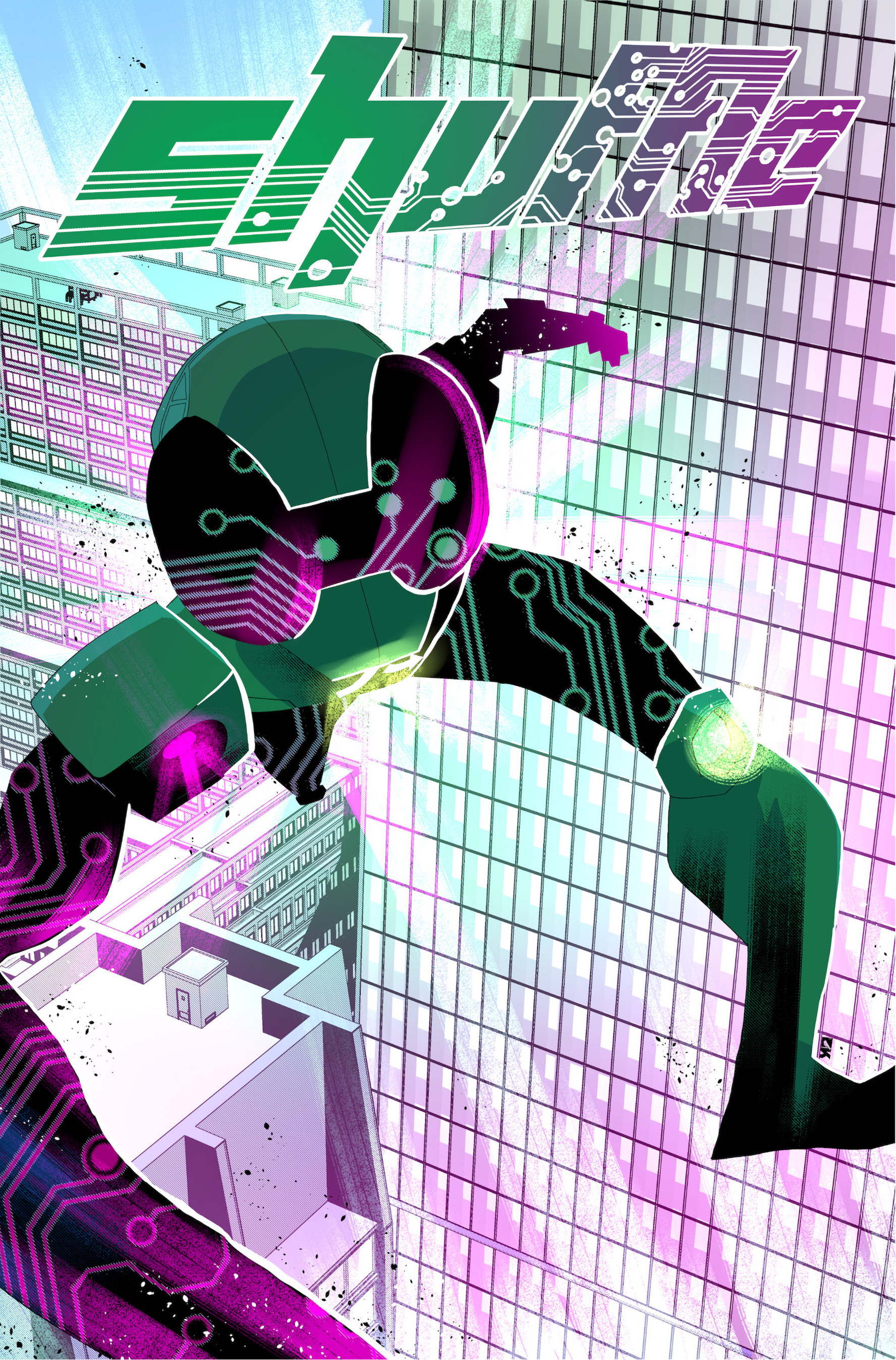 Presented by Arledge Comics: After a cosmic incursion, David gets a different superpower for every song his suit plays! Too bad it’s stuck on shuffle, and the powers end when the song does…
Add in living doodles causing havoc around town, and David is in for a wild summer vacation.

Take the wacky action of Ben 10, some character drama of My Hero Academia, some cosmic nonsense from Spider-Man: Enter The Spider-verse, and filter it through the prism of someone who has spent way too much time making action scenes in their head to songs, and you got Shuffle. 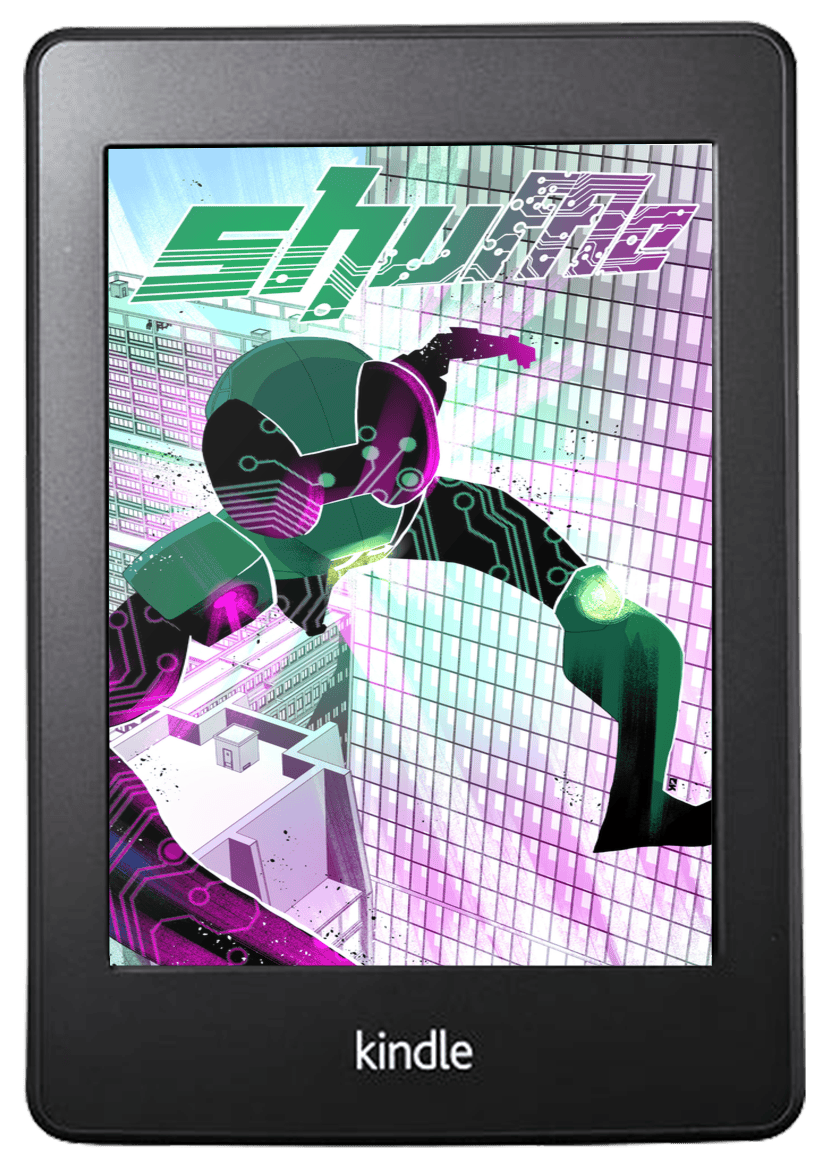 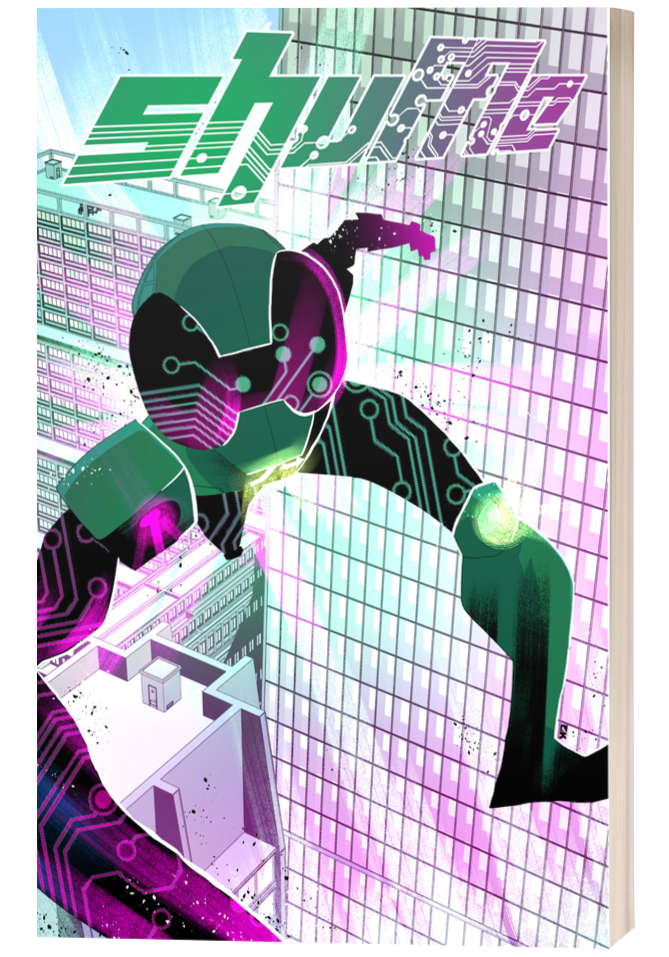 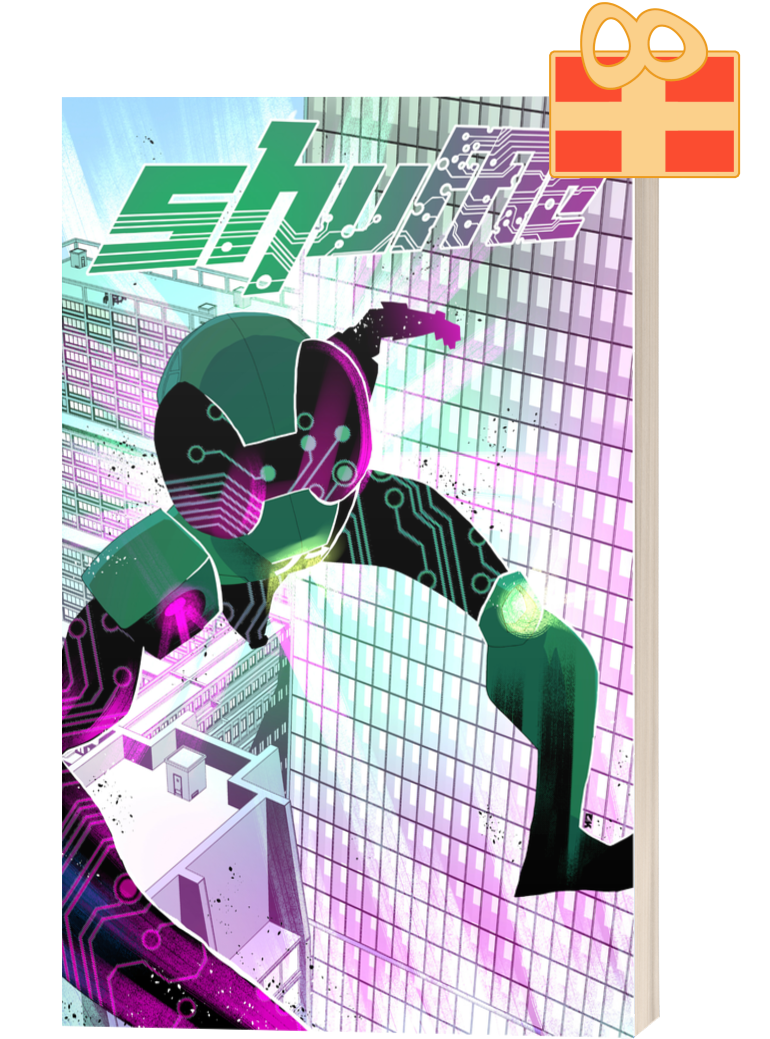 Same great book you could get for yourself. Instead, we'll donate a copy to a children's hospital. 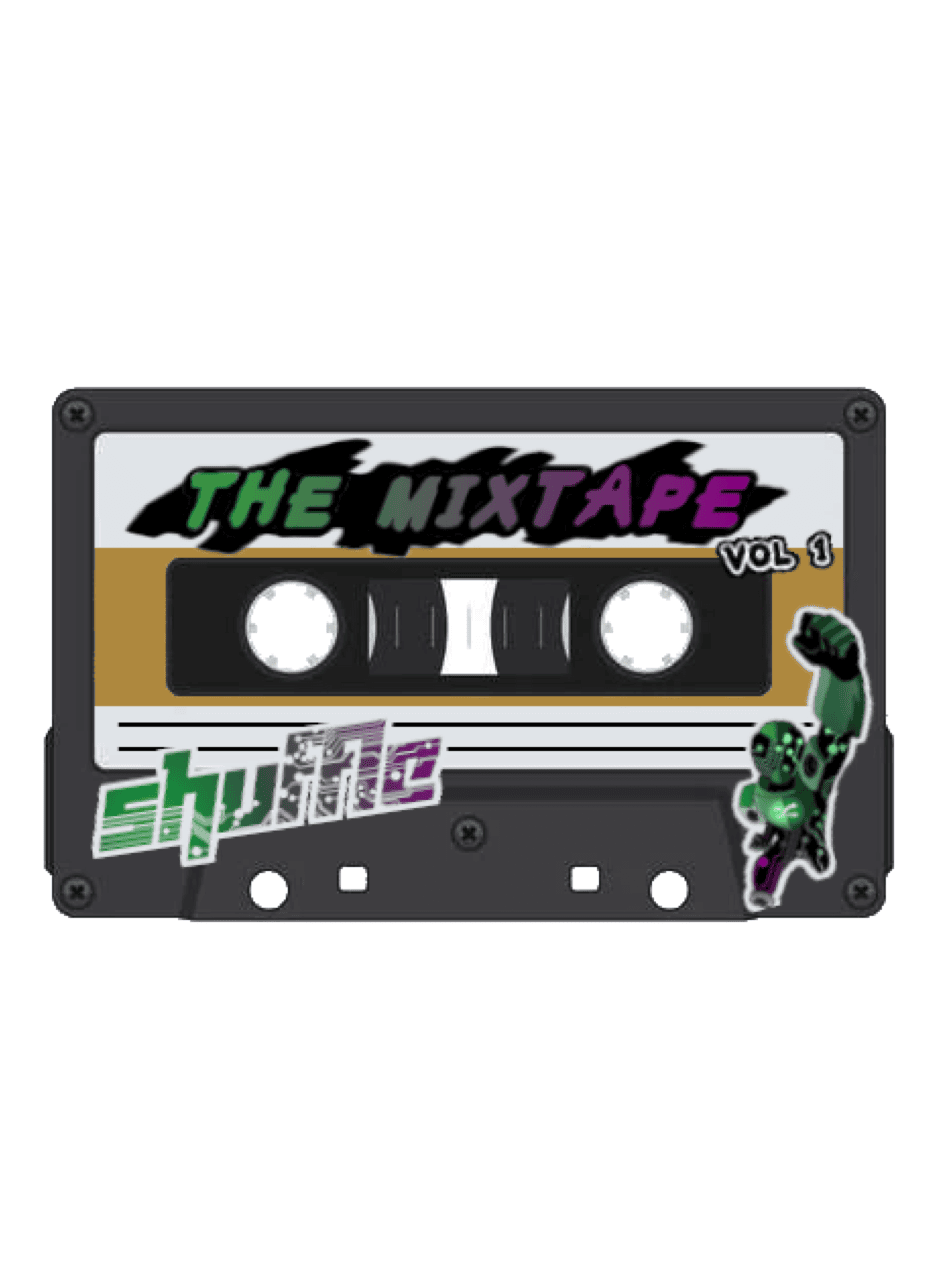 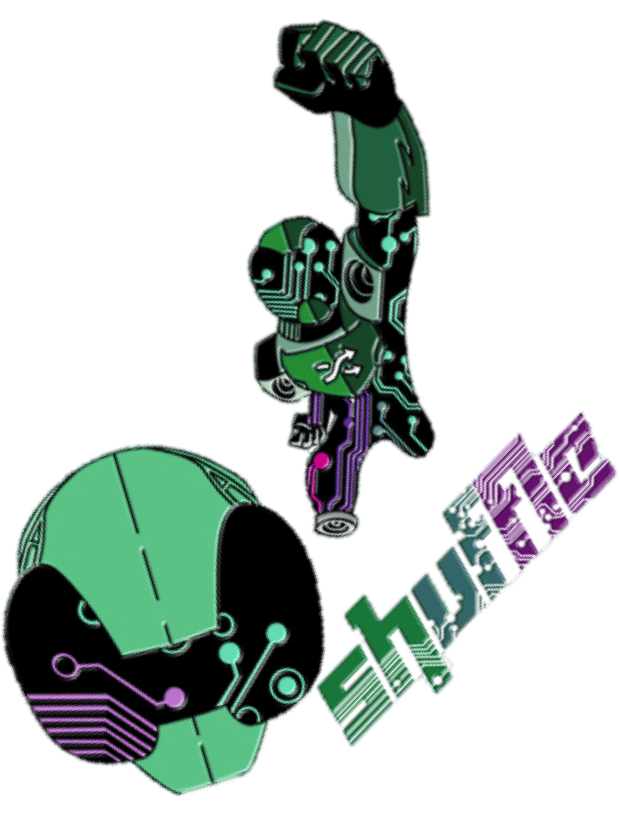 A set of three 1-2" enamel pins featuring artwork from the Shuffle graphic novel. 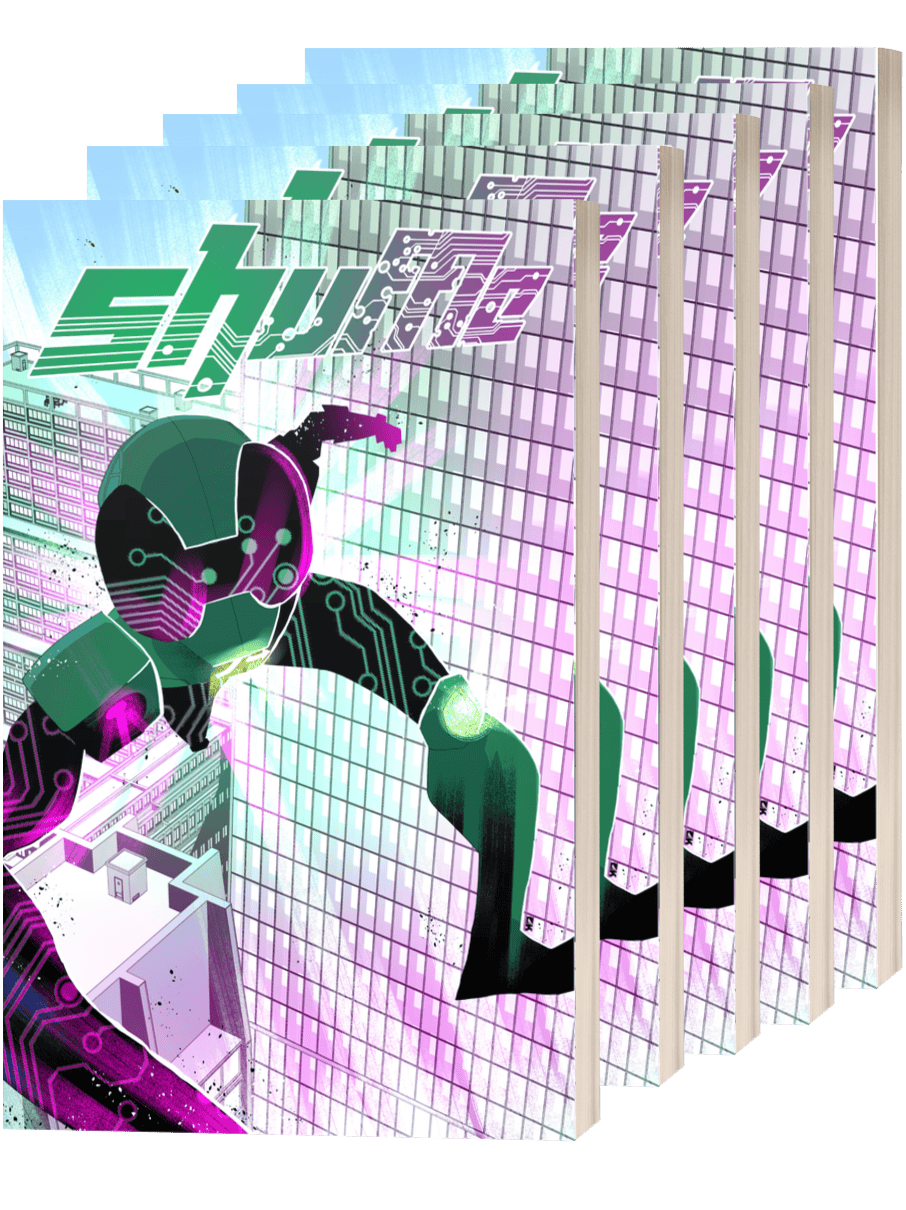 Five copies of Shuffle at wholesale pricing, plus some posters! If you want multiples of 5, click the + button in the quantity field during checkout until you reach your desired amount. 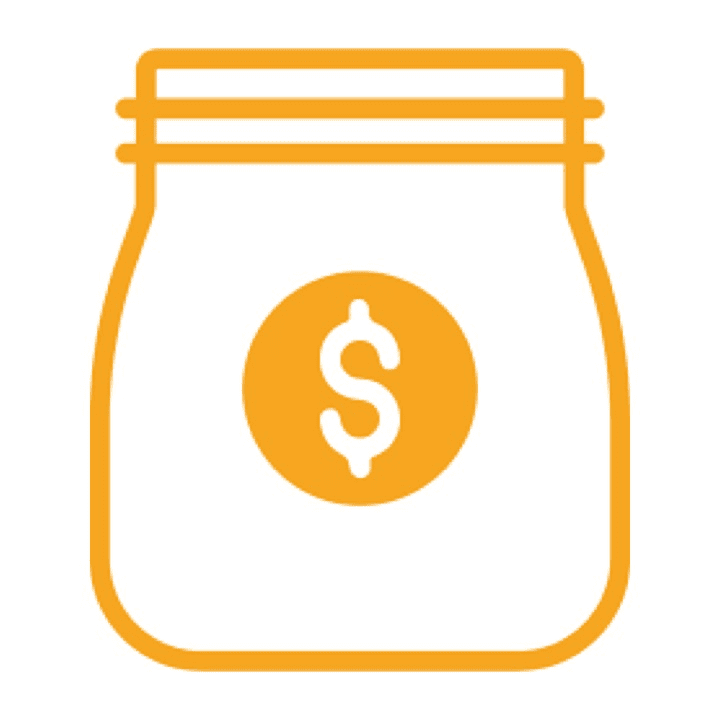 If you want to add a little something extra for us hard workin' creators and administrators. You can increase in increments of $1 by simply pressing '+' in the quantity during checkout until you reach your desired amount. Much appreciated! 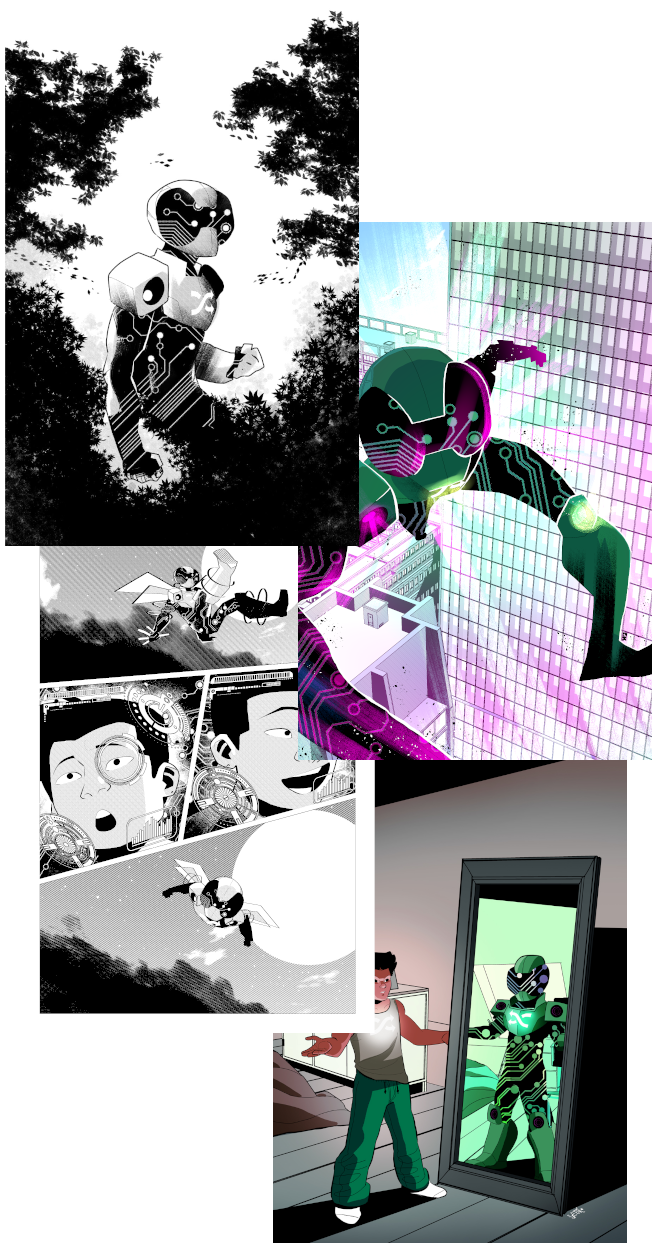 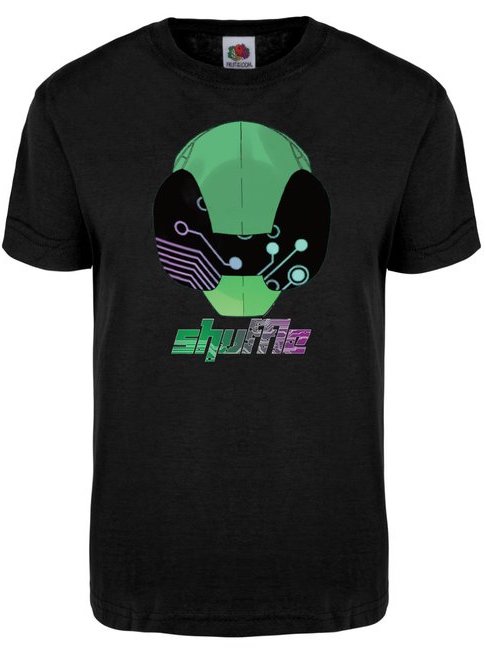 The only way to actually be cool is sporting the official Shuffle t-shirt. Available in S - 2XL 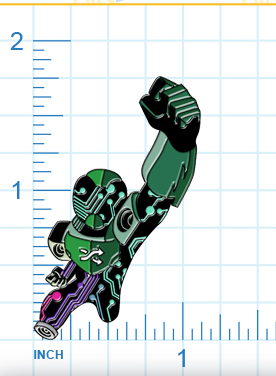 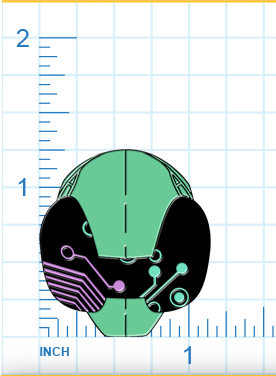 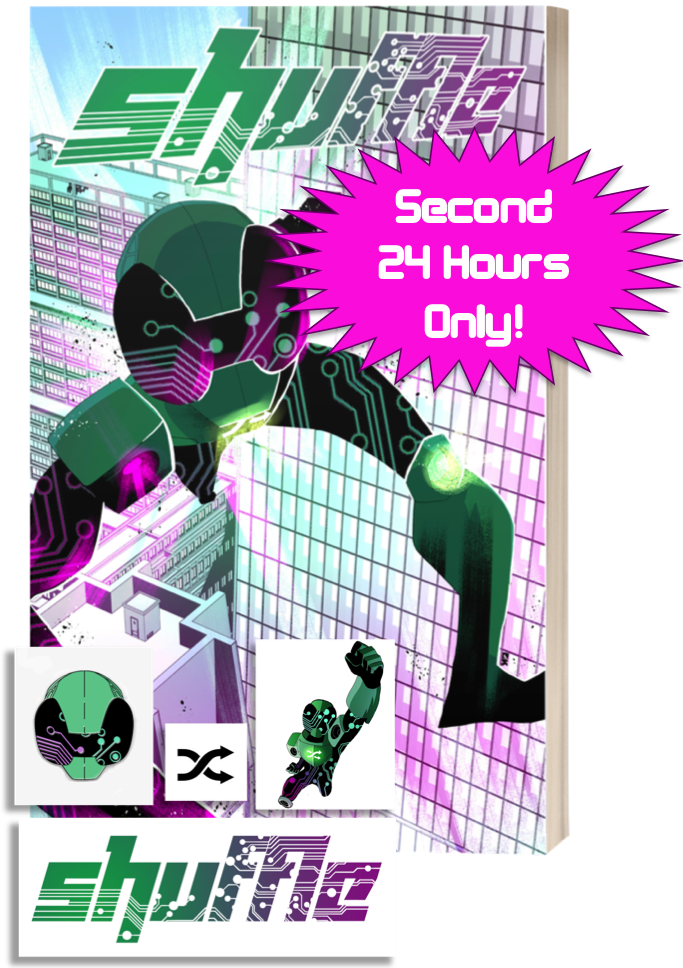 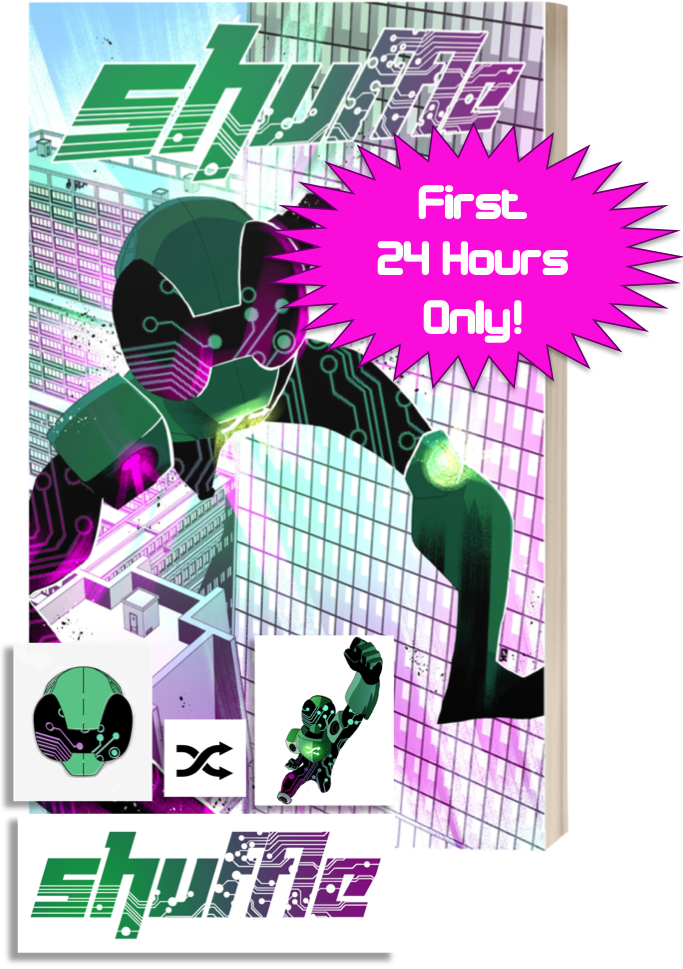 For the first 24 hours only, you can grab a copy of Shuffle (80 pages, black and white, 7.5"x5") with free shipping and a free sticker pack!

Every song played in the suit gives David a new superpower, but it’ll only last until the song ends. And… the suit is stuck on shuffle. Luckily his best friend Megan is there to help him figure out his powers. But will that be enough to deal with living doodles popping up around town? And how will Shuffle deal when the threat comes from a place he never expected?

Guess you better press play and find out, huh?

Shuffle is an action-filled all-ages superhero graphic novel. It’s got some wild superhero action, stylish dynamic artwork, a character-driven story, and the taco incident. This is also the only comic that has 1) a soundtrack featuring amazing musical artists of all genres from around the world and 2) builds the superpowers of the main character based on those songs! 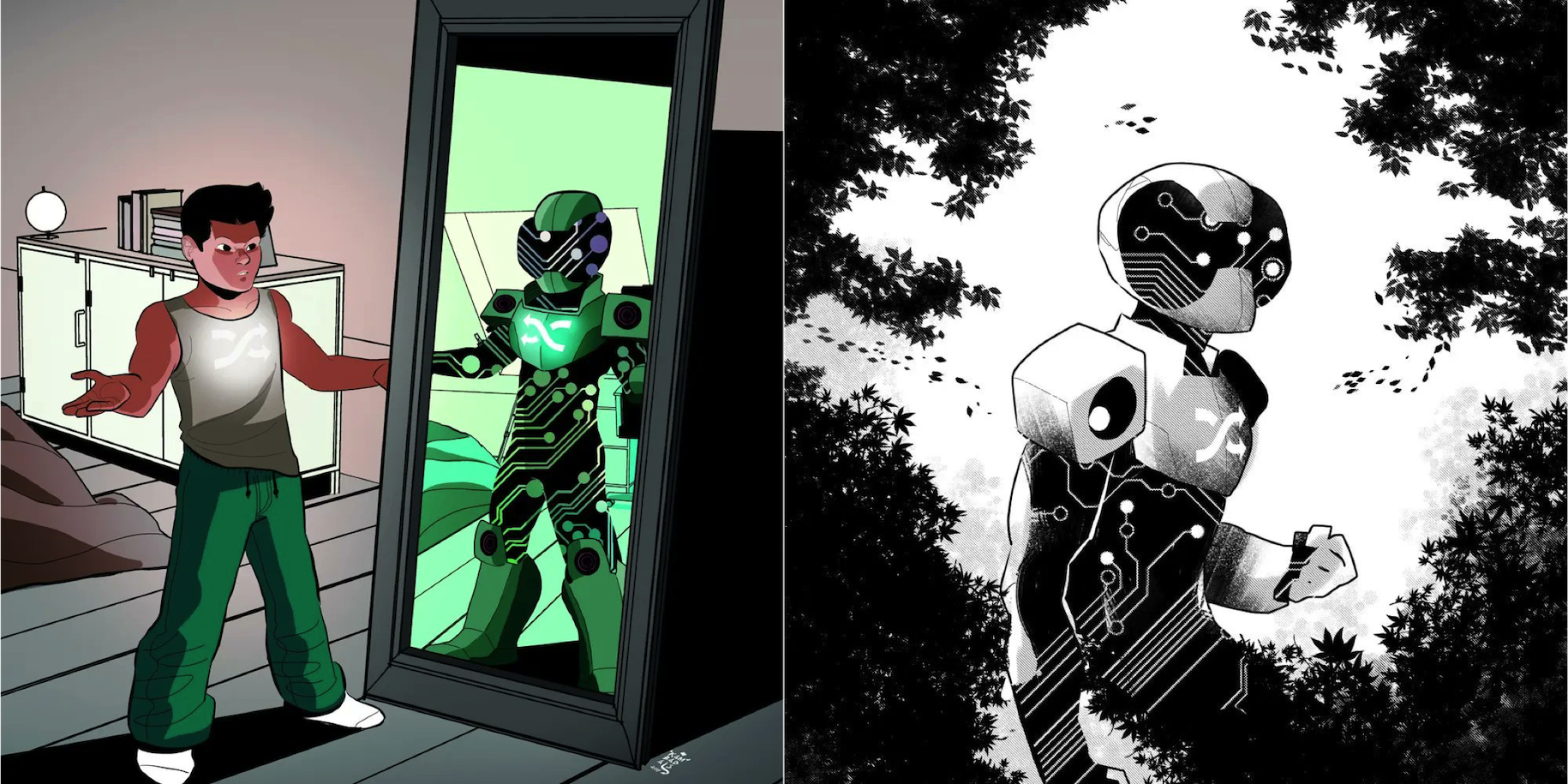 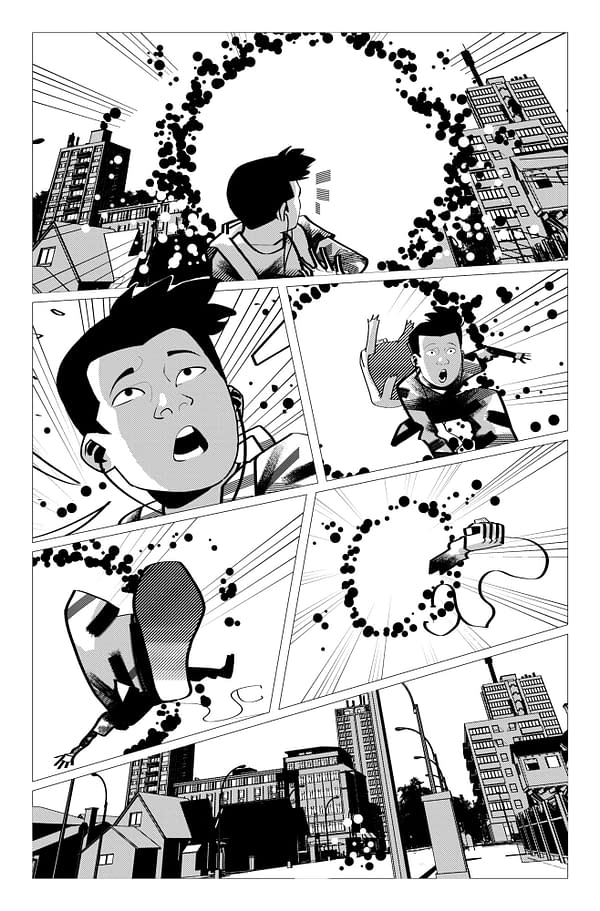 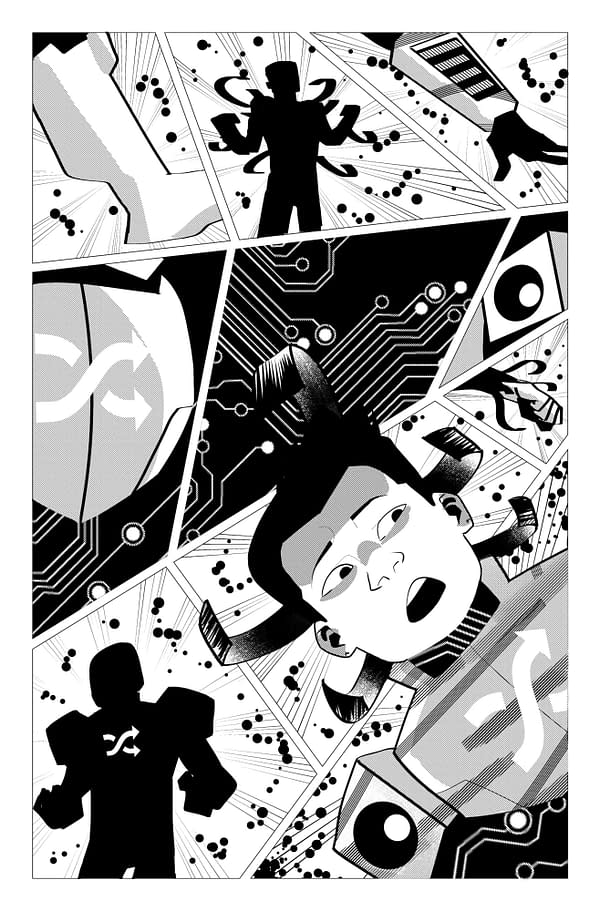 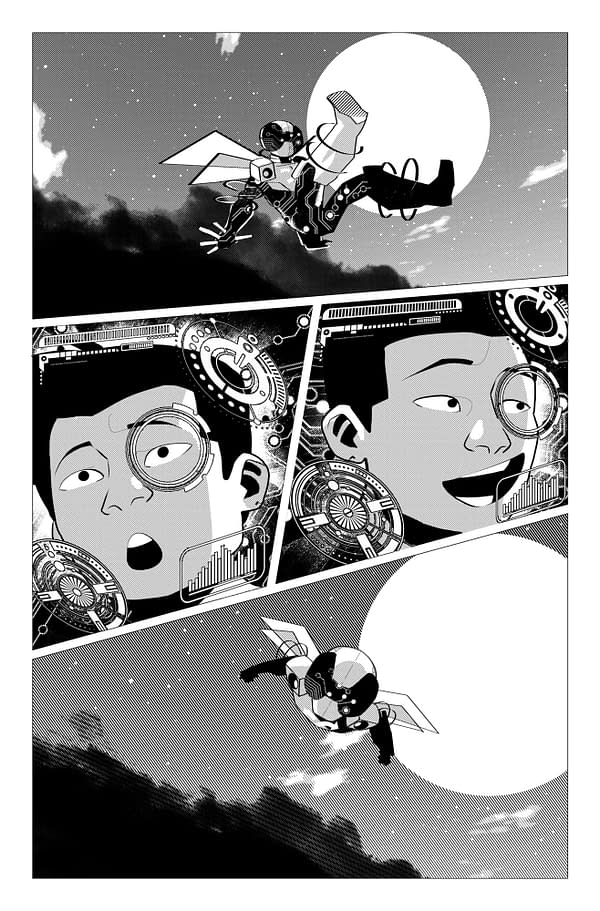 JD Boucher is a comic book writer and media expert located in Billings, MT. He’s written for anthologies such as Cthulhu is Hard to Spell, My Kingdom For a Panel, and Screams Heard ‘Round the World. He is also the co-creator of the all-ages comic Moonlighters.

With over twenty years of comic creation under her stylish leather belt, Jodie Troutman has amassed a portfolio of self-published efforts, many of which have eroded into dust like the Ozymandias statues of old. Still maintaining those vast and trunkless legs of stone when she can, Jodie continues to crank out new comics like The Gospel of Carol, Lit Brick, and Virginny. She currently lives in Phoenix, Arizona for reasons beyond understanding.

Chuck Pineau is a writer/editor, having co-created such works as Welcome to the Void, Belial, and Essence House. His vast editing history includes such treasures as Dulce, Swords and Sorrows, and Appalachian Assassin.

Founded in 2016 by Chickasaw siblings, Arledge Comics started as a hobby and became the home of the critically acclaimed ALEX PRIEST. Since its inception, Arledge Comics has grown to include a number of anthologies, – including TRIAL RUN, MY KINGDOM FOR A PANEL, and STRANGE WATERS – and creator owned comics (like CREAM MAID and NO GOING BACK). Native founded, queer owned and operated: our mission is to create inclusive comics for the whole family to enjoy.

We estimate it will take 13 months from preorder to fulfillment. The script is finished, and some pages have been completed in preparation for the preorder campaign. The book should be finished in seven months. Our plan is to release the digital copies as chapters, giving our supporters the book as it’s completed. We’re budgeting another 5-6 months for prepress, printing, and shipping. The complete digital copy will be released as soon as it’s ready (before printing).

Thank you to our anonymous investor! Press Release here.

Just in case you're not watching this page like a hawk: We're funded!! We've edited our overall goal because we've had some exciting developments in Shuffle production and funding outside Zoop. 😀

Keep your eyes peeled, because we're going to be dropping some exciting announcements later this week!

Also, if you're not watching this page like a hawk... we need to talk about that. 😉

Thanks so much to everyone who's shown the project some love so far. Please help spread the word so we can make this book a reality!