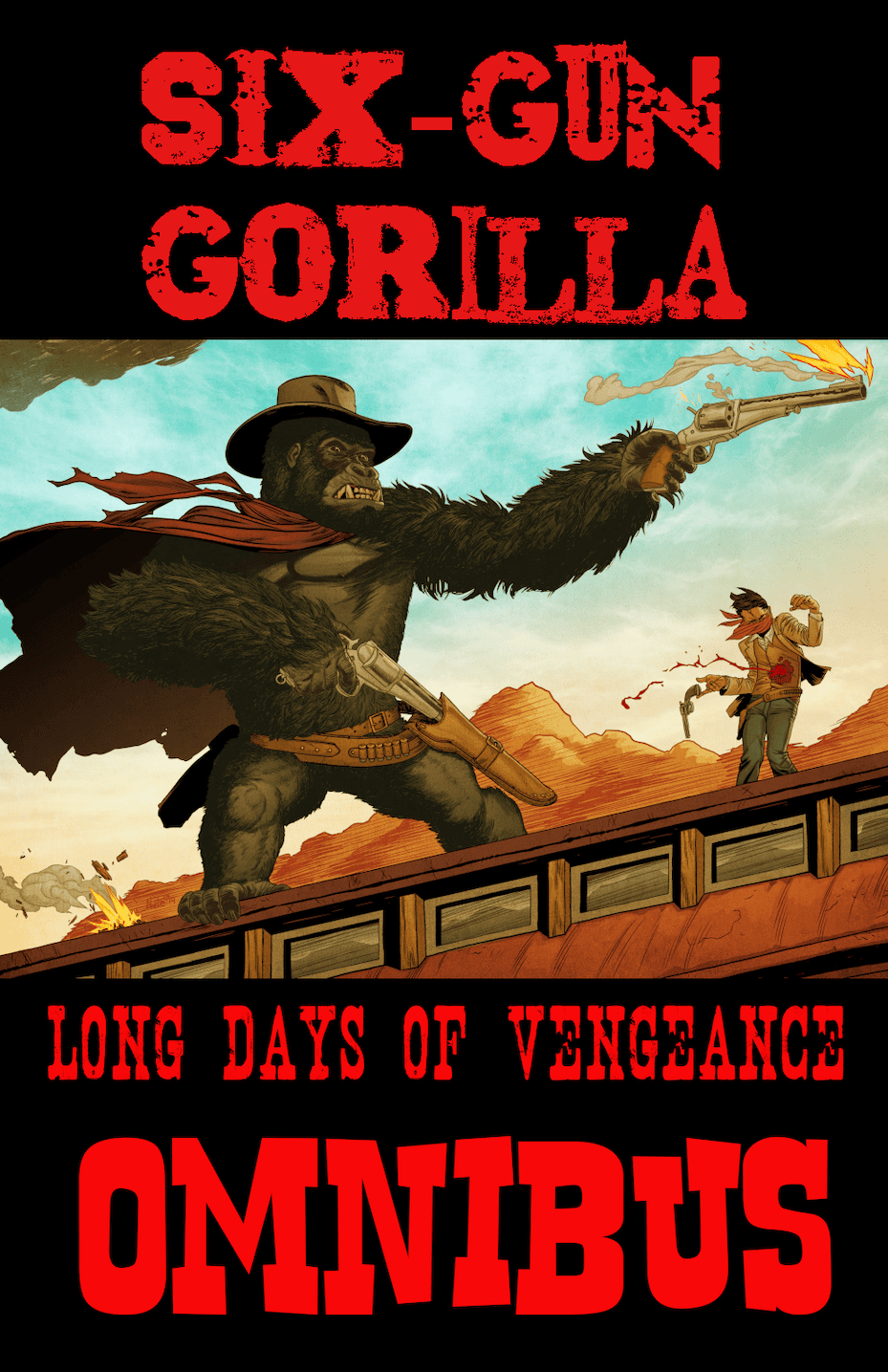 For the first time, collecting the COMPLETE saga (including the BRAND NEW final two issues) that Joe R. Lansdale called “a rootin--tootin' six-gun shootin', Western adventure that makes me run off at the adjectives. Wonderful stuff." 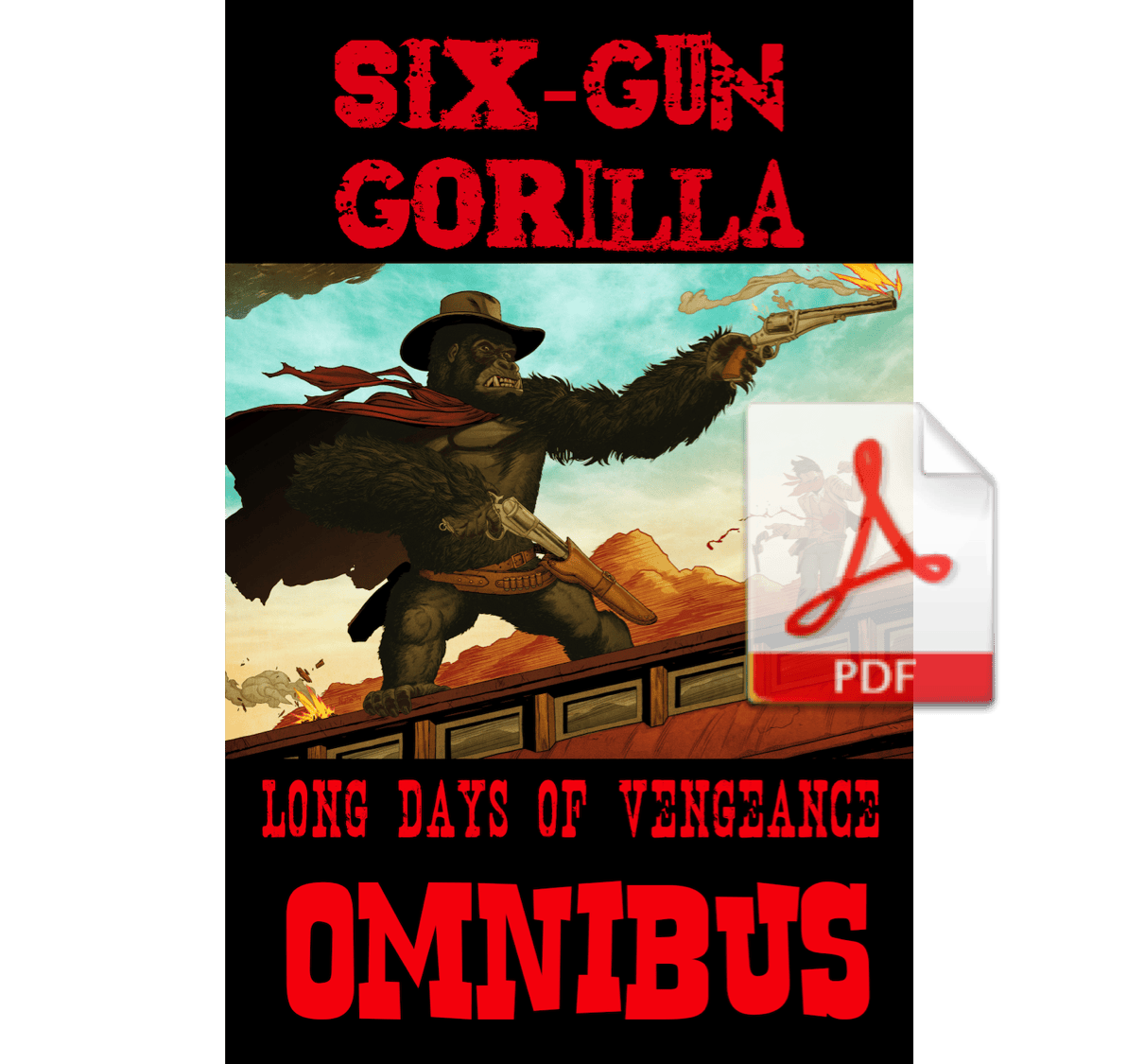 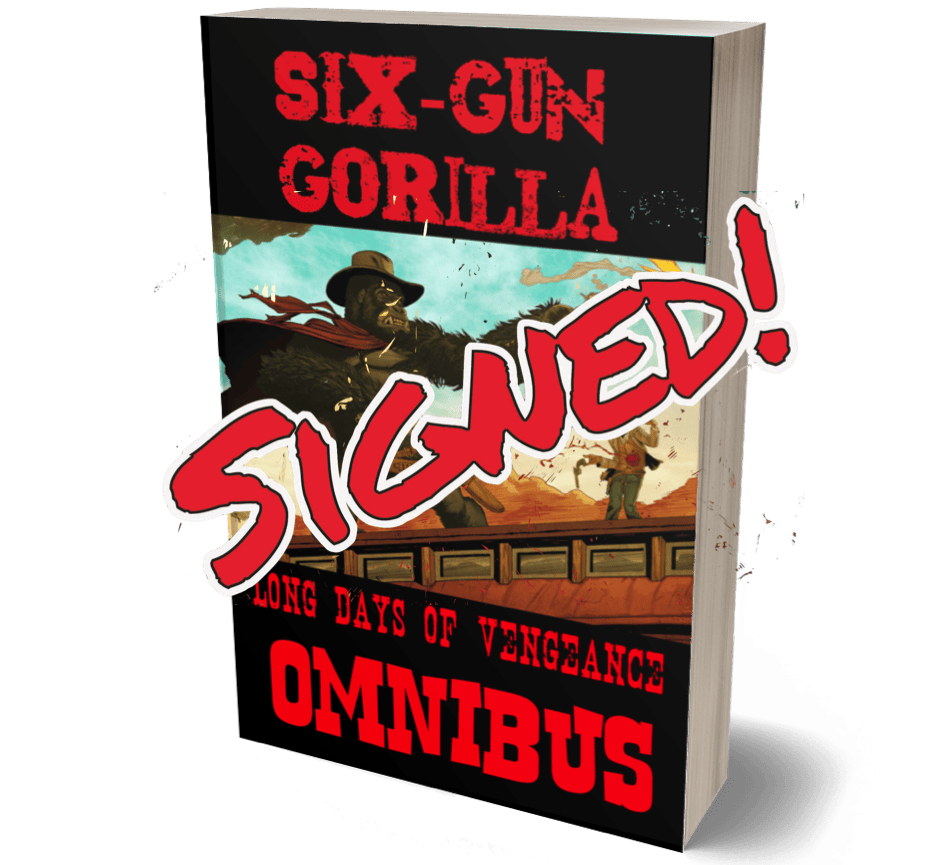 Softcover, 224-pg standard format, collecting the entire series (including the brand new issues #9 & #10). Signed by Brian Christgau. Plus your name will be listed in a special 'thank you' section of the book! 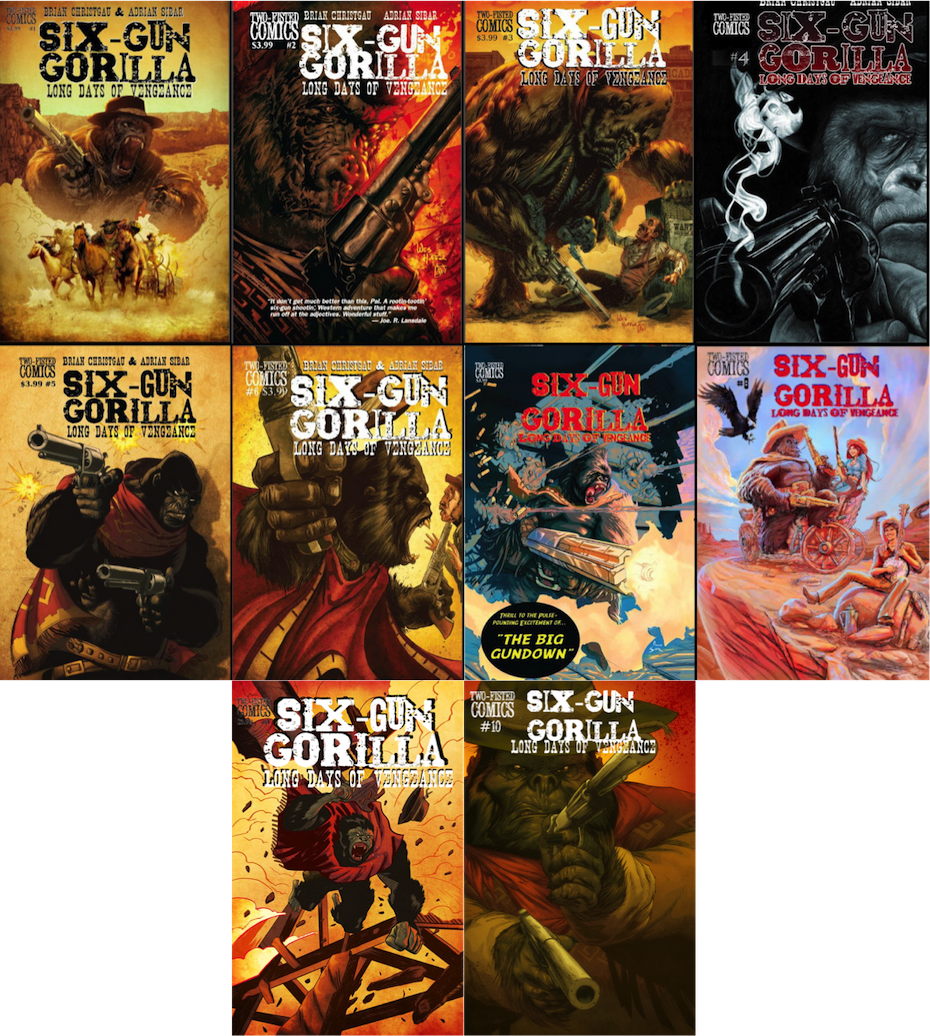 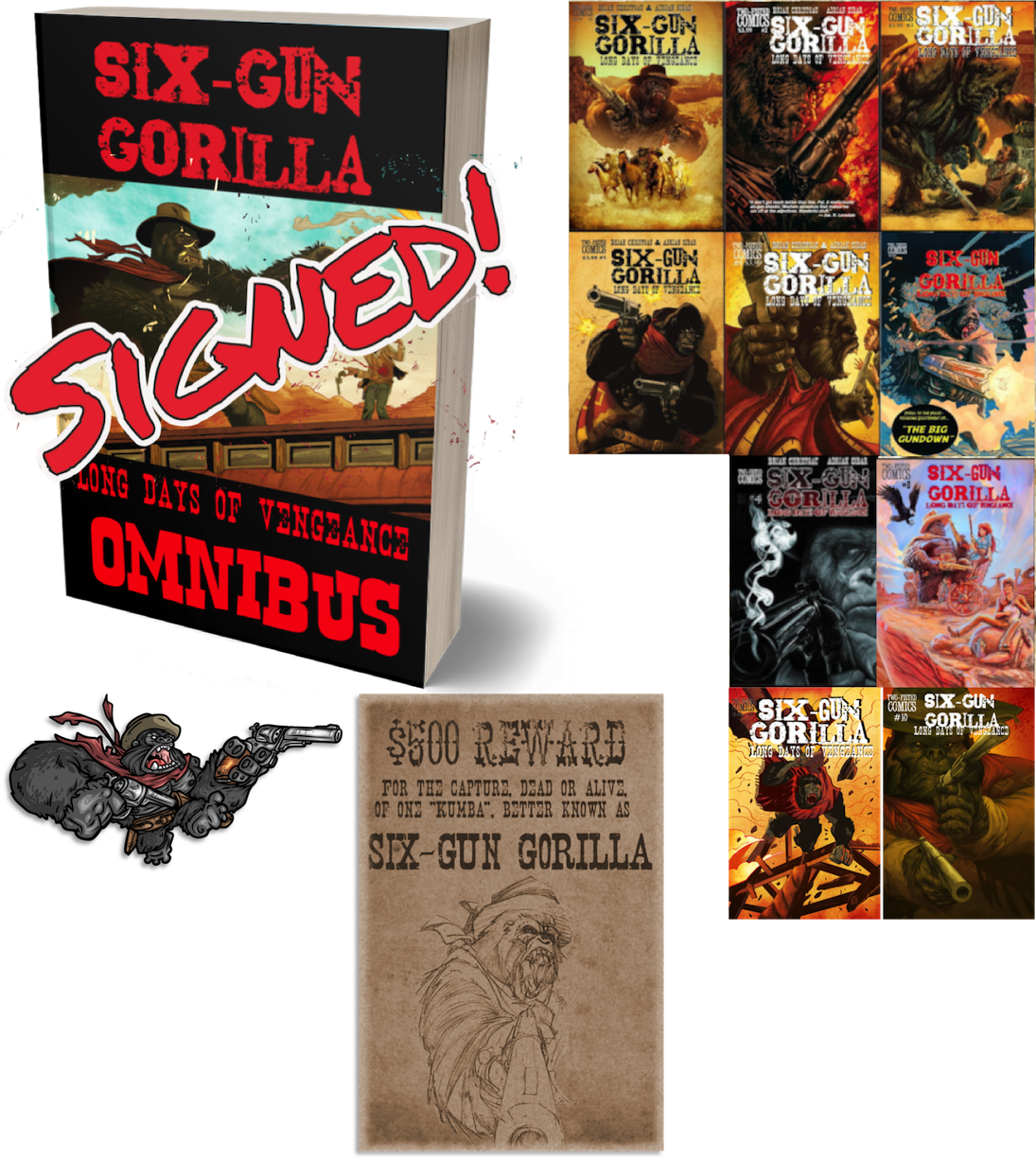 Softcover, 224-pg standard format, collecting the entire series, signed by Brian Christgau, and all individual issues #1-#10, PLUS a complimentary 4x4 die cut Sticker by 6AM Comics, a Wanted Poster, and your name will be listed in a special 'thank you' section of the book! 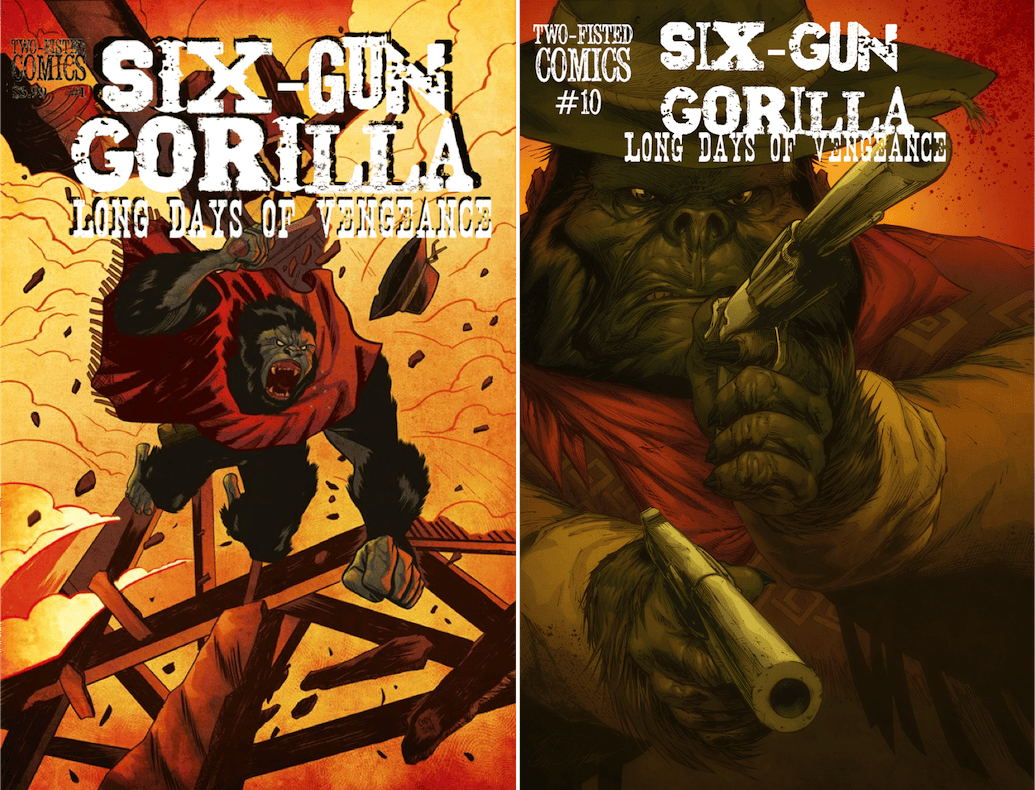 If you've already got issues #1-8, here's your chance to grab the final two issues of the epic saga!! 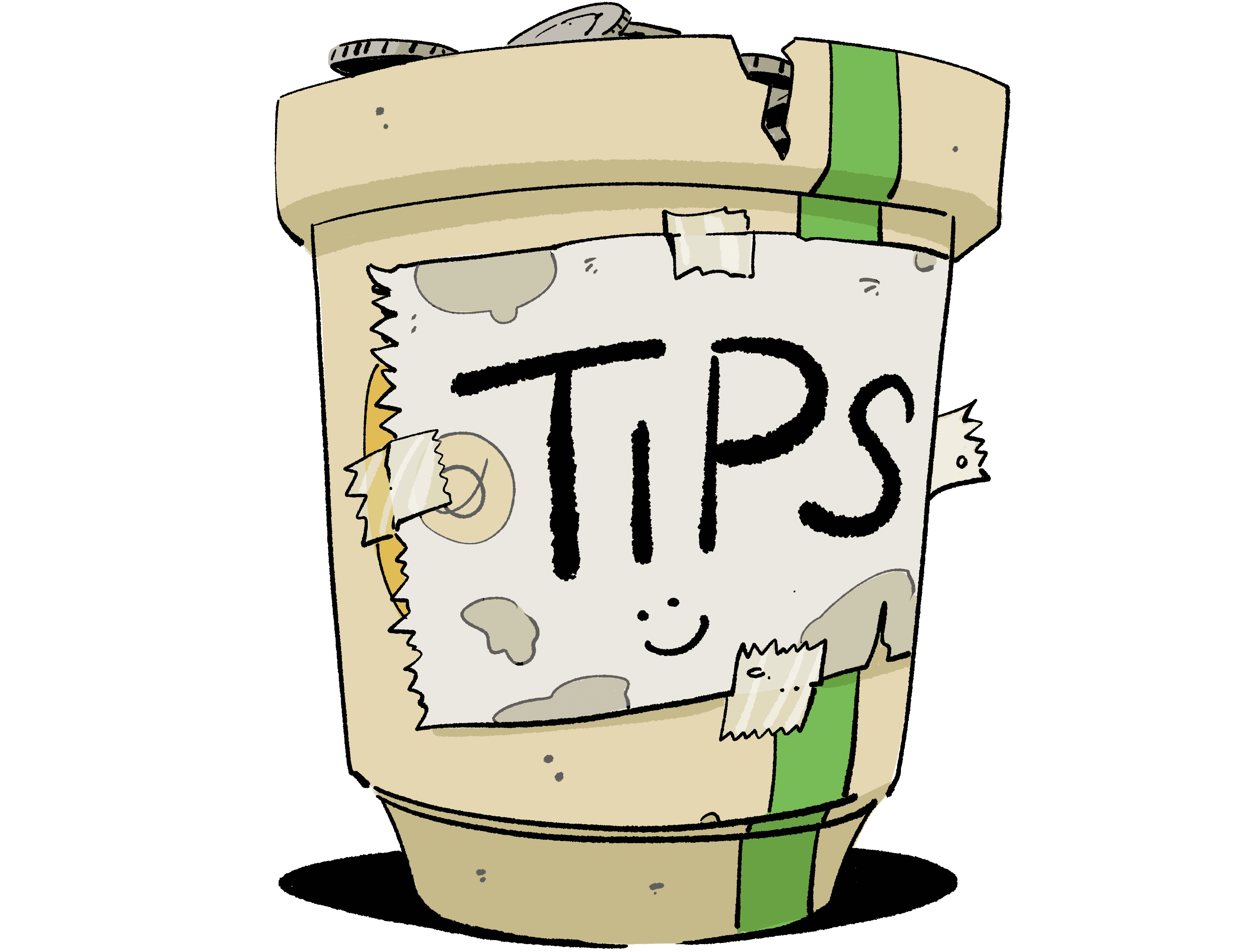 If you want to add a little something extra - you can increase in increments of $1 by pressing '+' in the quantity field during checkout until you reach your desired amount. Much appreciated!

Six-Gun Gorilla: Long Days of Vengeance is the rip-snortin’, bone-crushing, brain-blasting story of a pistol-packing Gorilla and his epic quest for revenge on the cut-throats who murdered the circus owner who raised him like a son. Prepare yourself for the strangest, most startling Old West legend of them all! 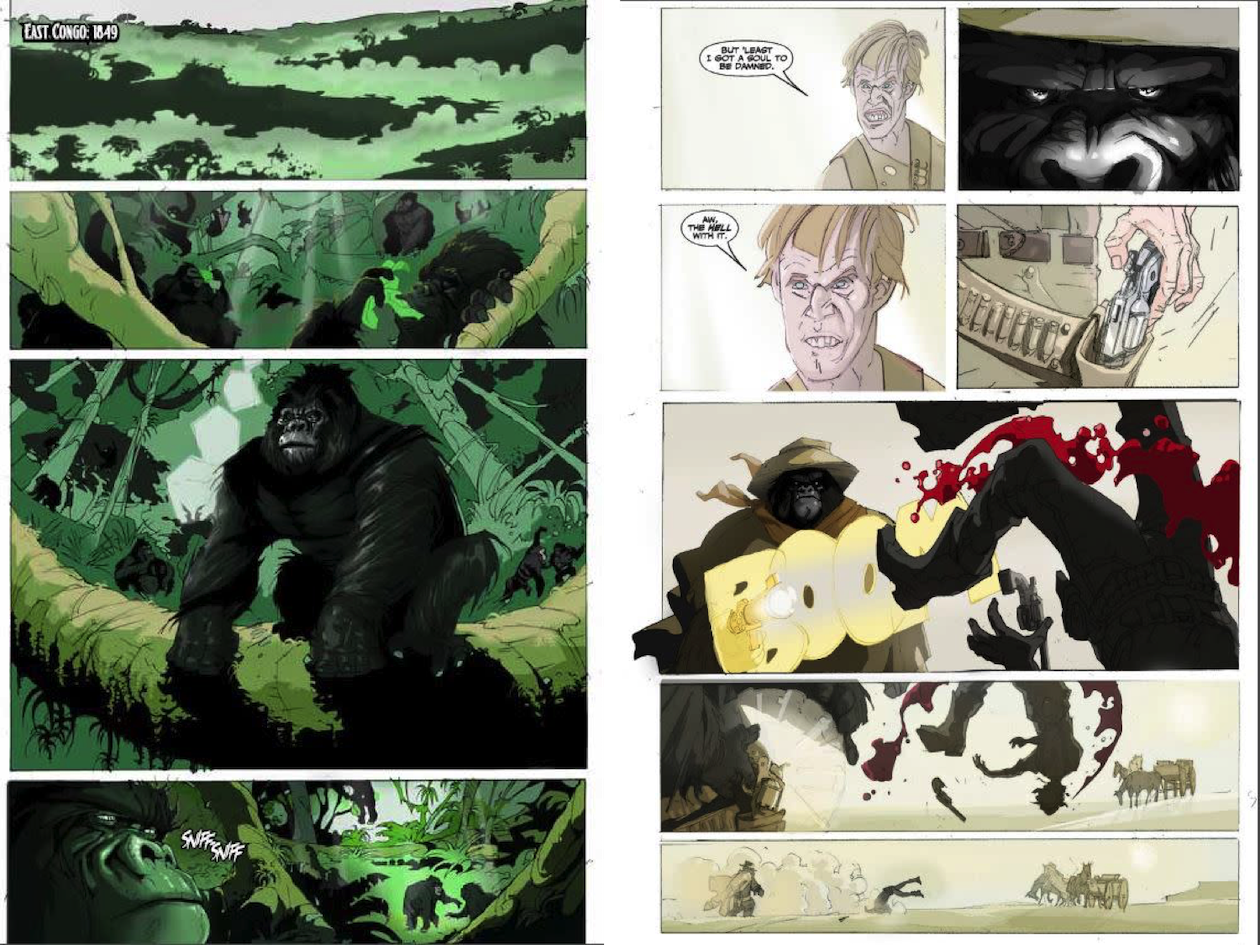 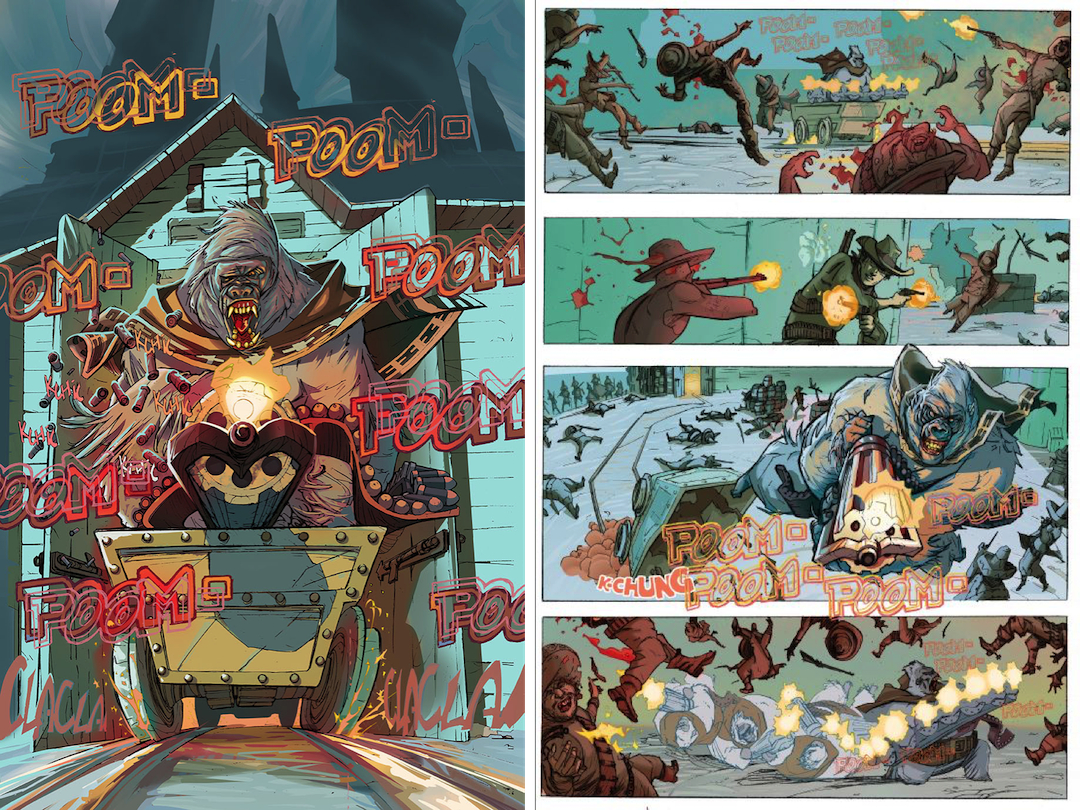 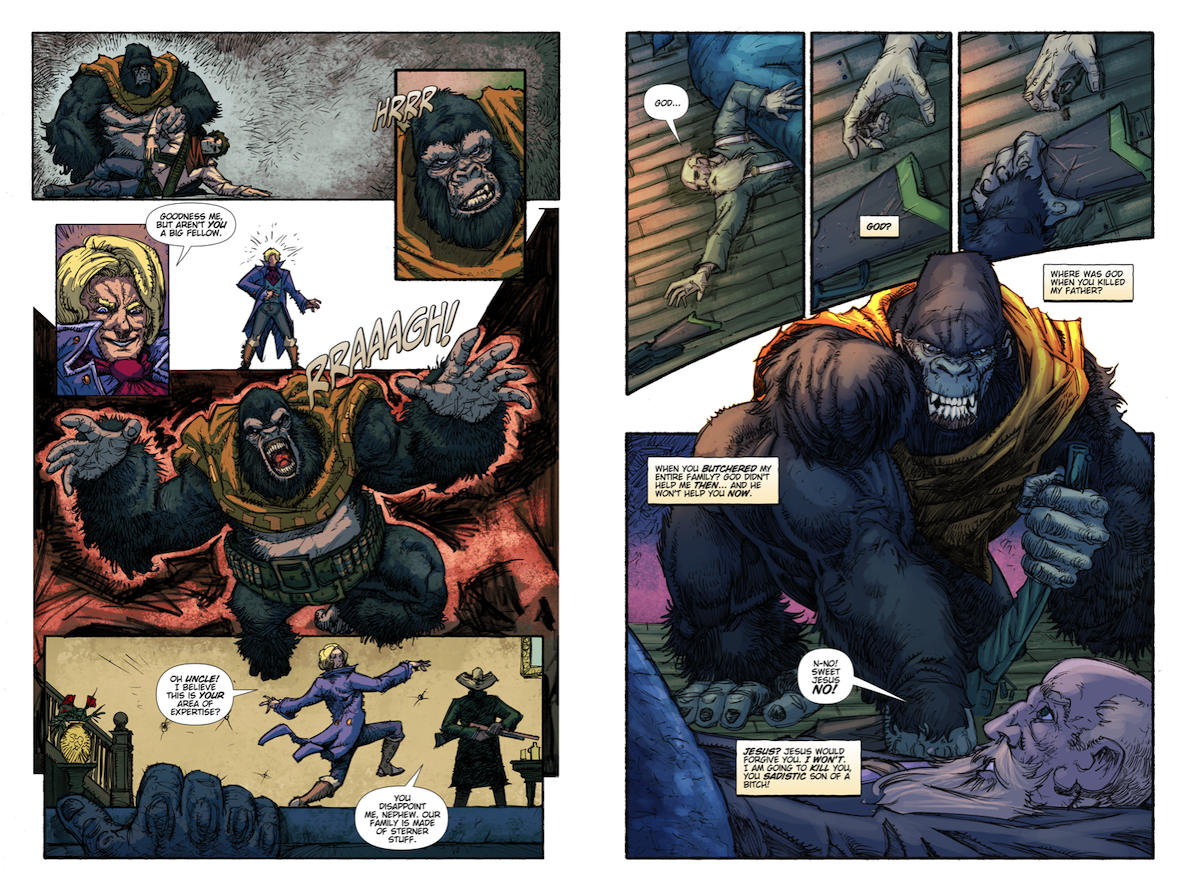 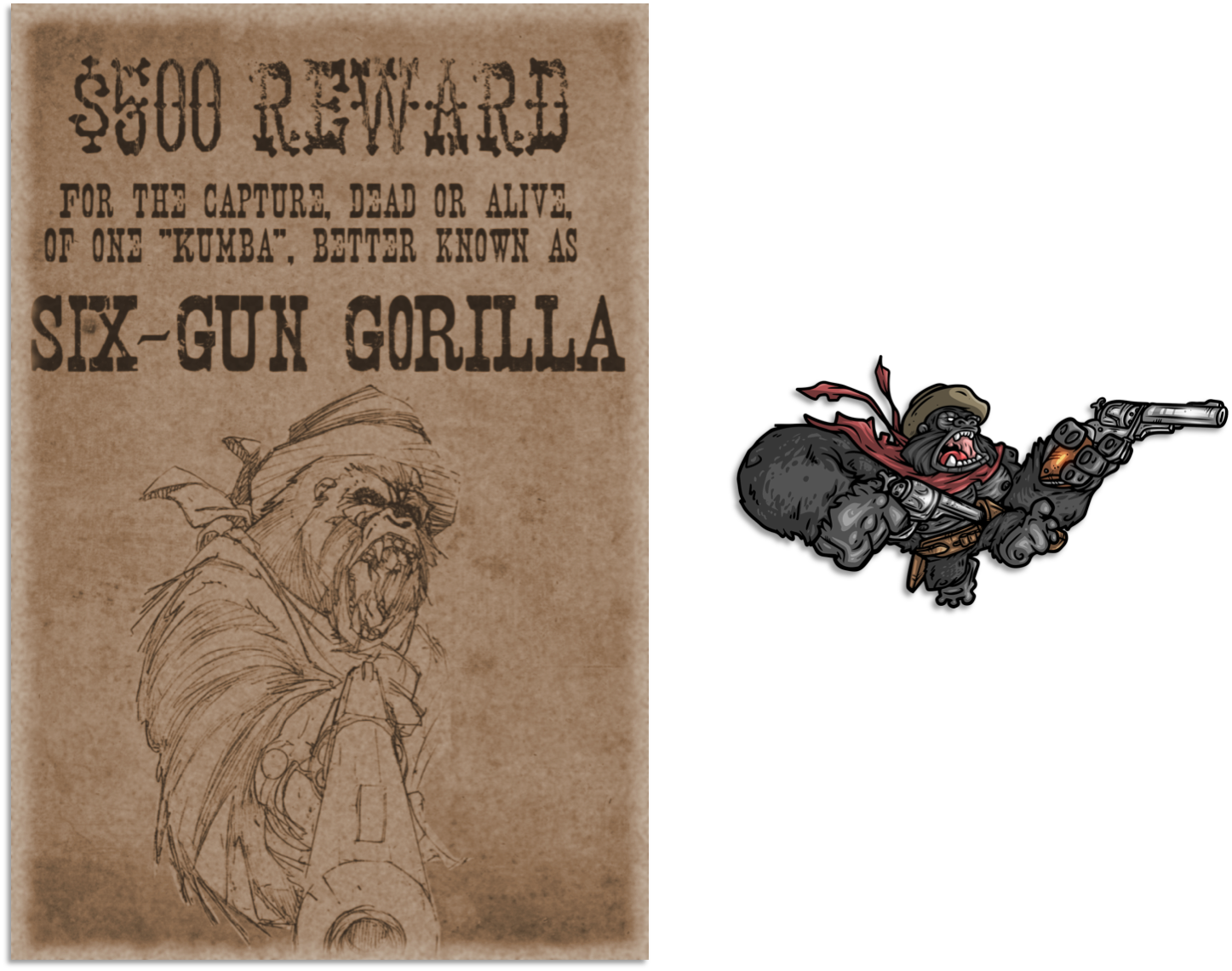 Author of the critically acclaimed comic series SIX-GUN GORILLA: LONG DAYS OF VENGEANCE, award-winning writer Brian Christgau is much in demand for his ability to take an outrageous premise and tell a serious, heartfelt story with it. When he’s not working on his upcoming projects (which include ABRAXAS, NINE DEVILS and the BLOODHUNT/DOC SALEM crossover) he enjoys German Longsword fencing and obsessively collecting classic Horror films and memorabilia.

to be revealed as we approach funding

The artist Preston Asevedo is completing the final two issues of the series, and the book should be headed to the printer shortly after the end of the campaign. We anticipate February 2023 being a realistic delivery date.