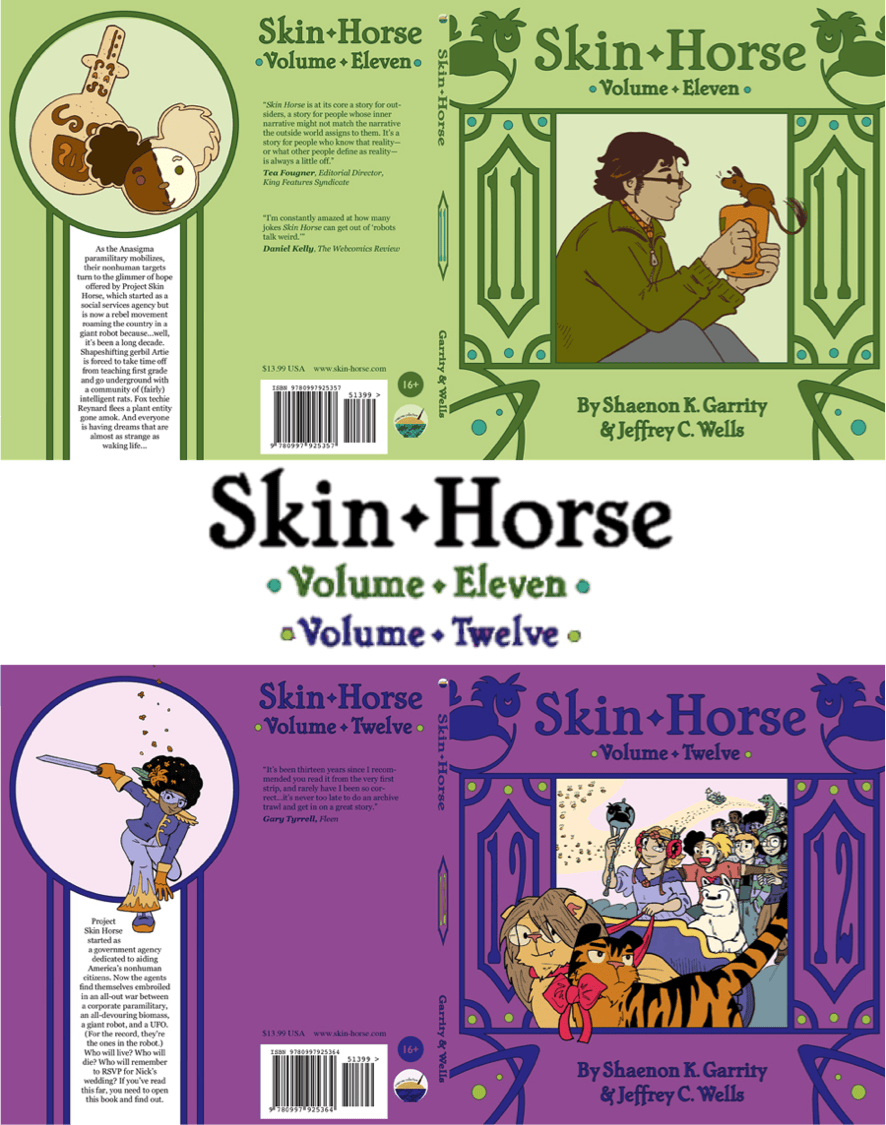 The final two volumes of the critically acclaimed comic strip! Plus the complete 12-volume set now all in one place! 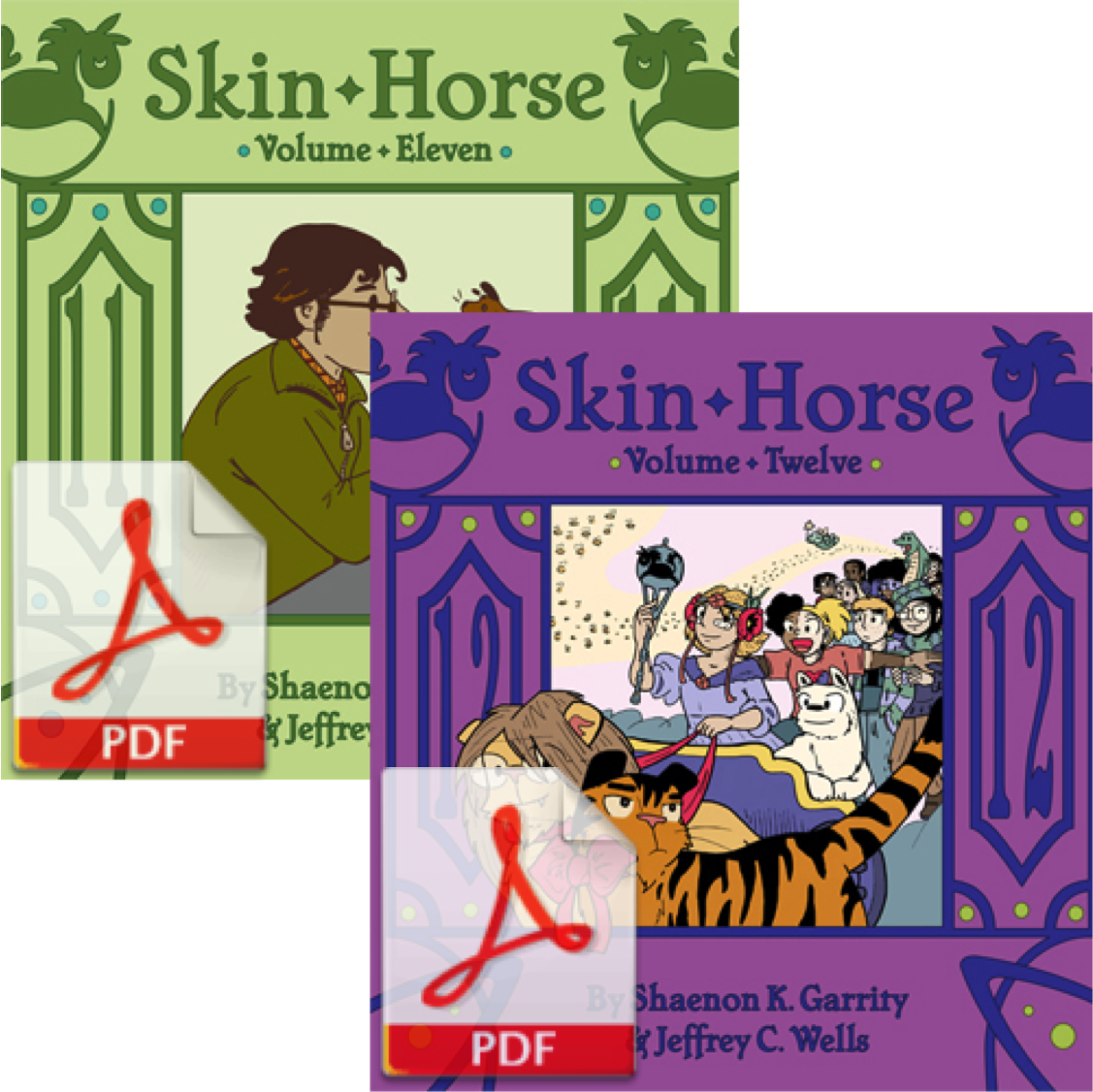 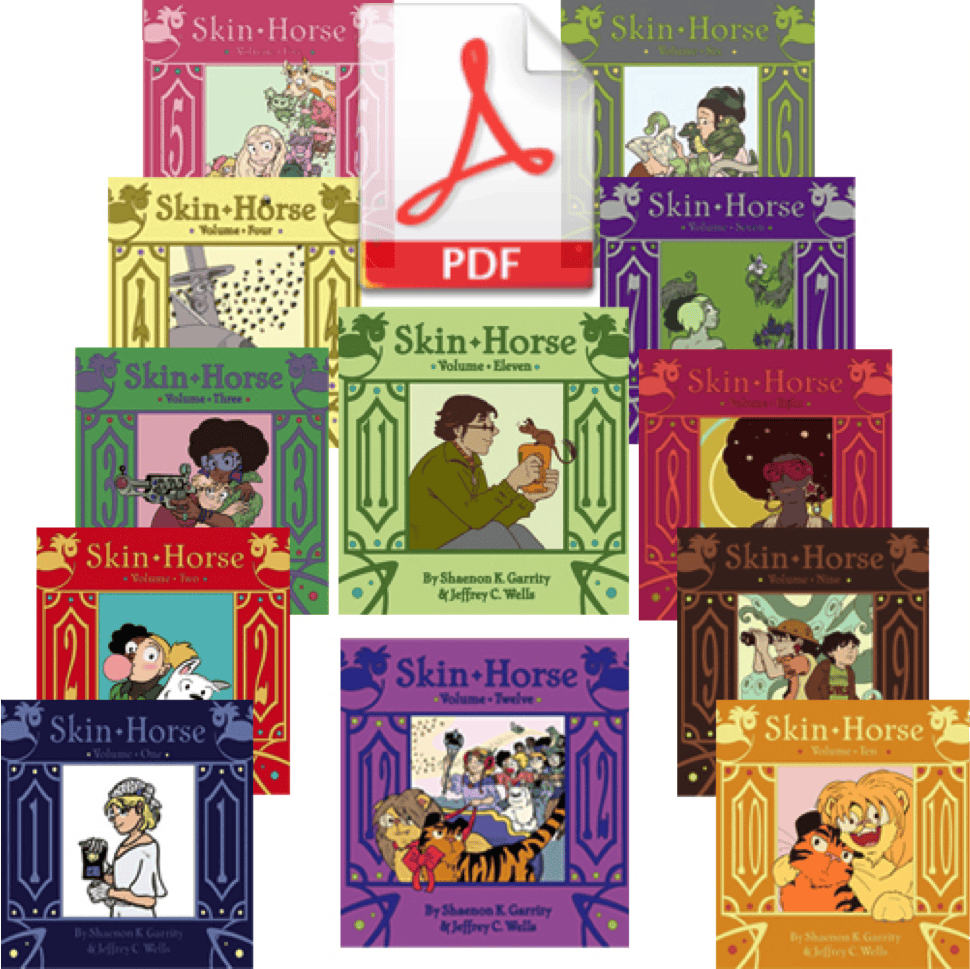 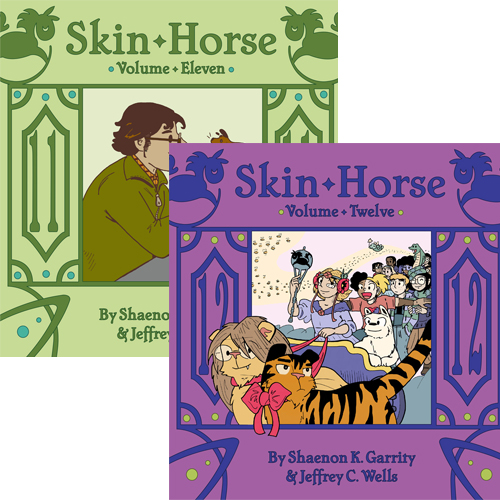 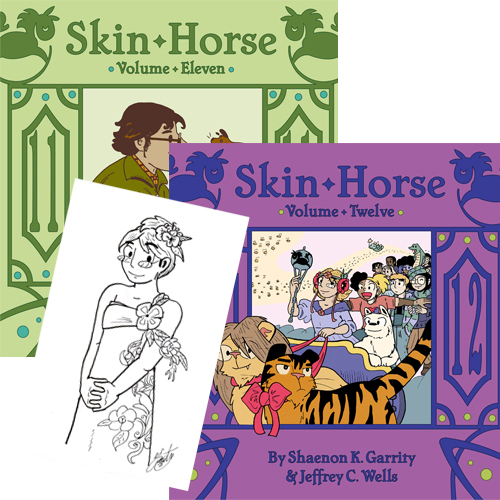 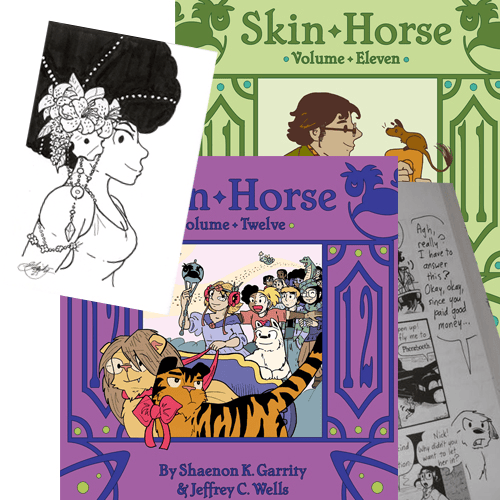 Investigator into the Conspiracy 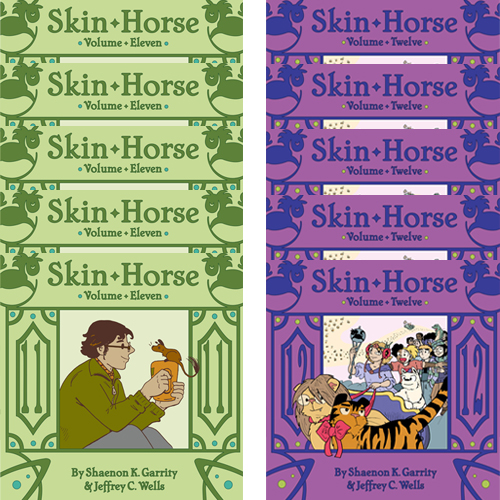 Retailers only! Five copies each of Volumes 11 and 12, all signed and sketched by Shaenon. Please ONLY pledge at this level if you are a retailer ordering books for sale. Thank you! 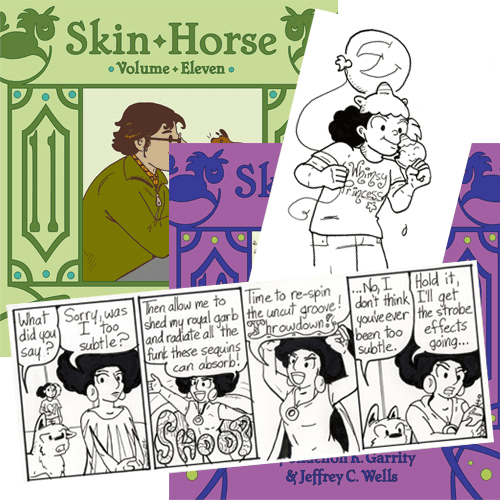 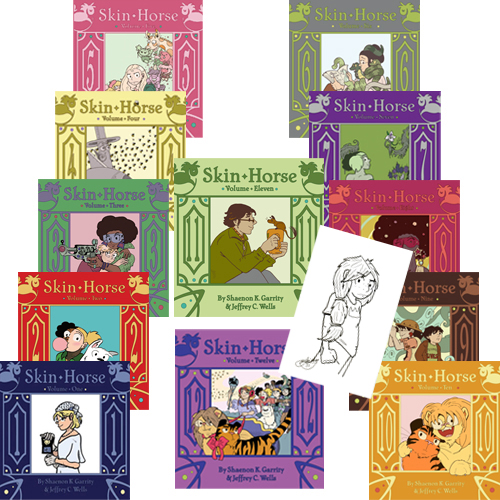 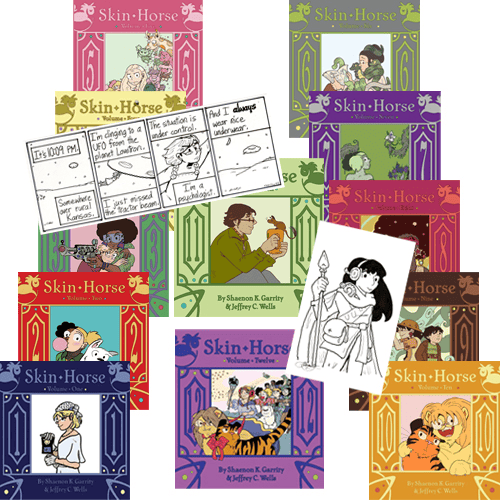 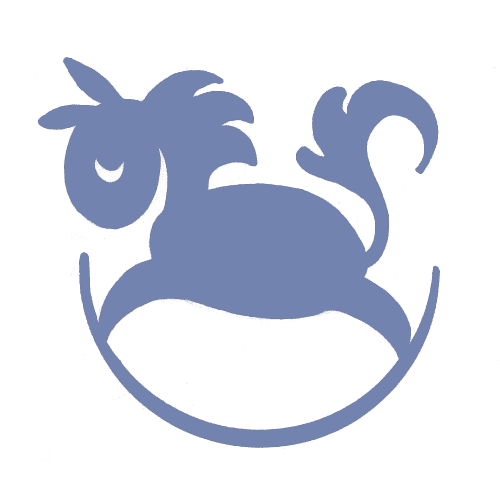 If you want to add a little something extra for us hard workin' creators and administrators. You can increase in increments of $1 by simply pressing '+' in the quantity field during checkout until you reach your desired amount. Much appreciated! 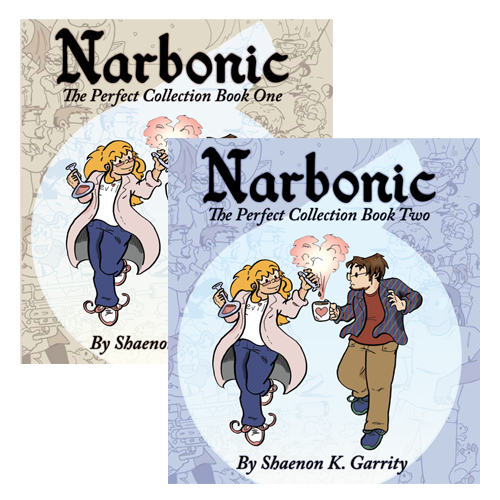 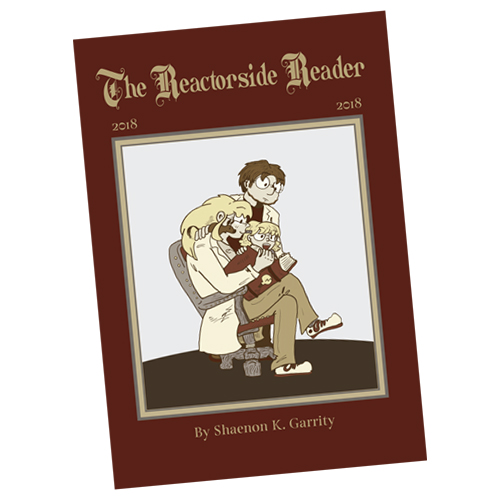 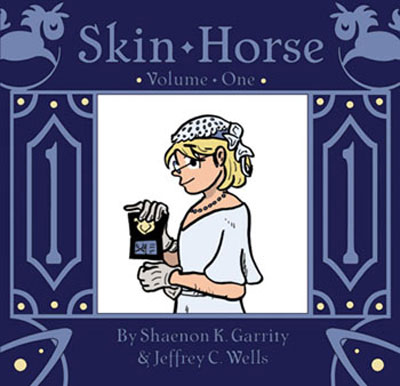 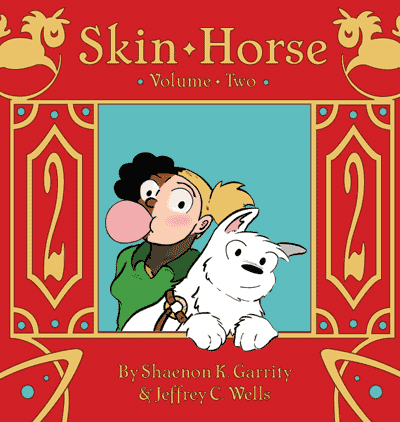 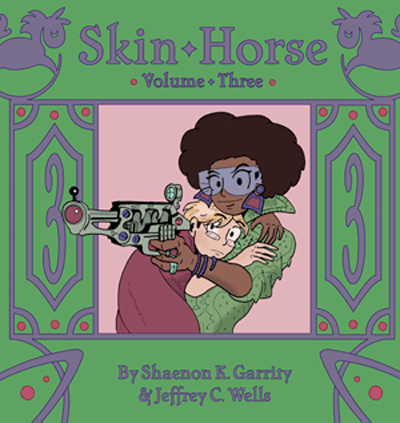 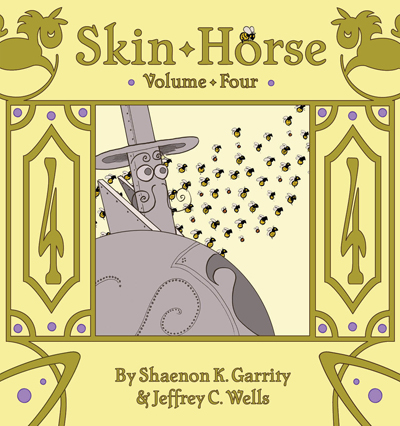 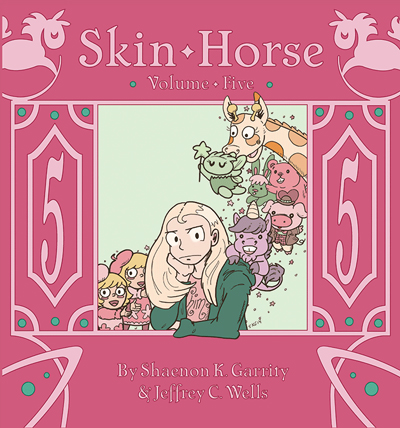 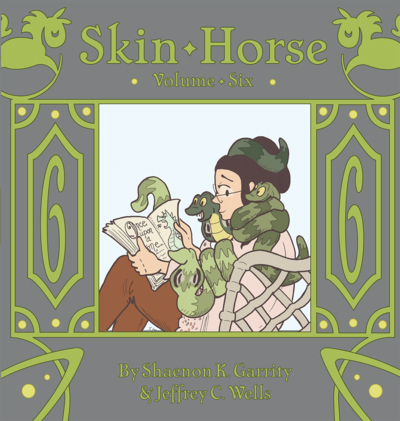 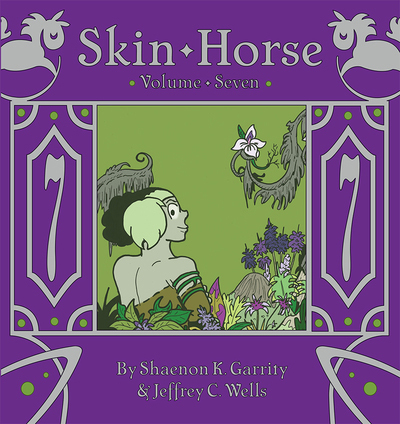 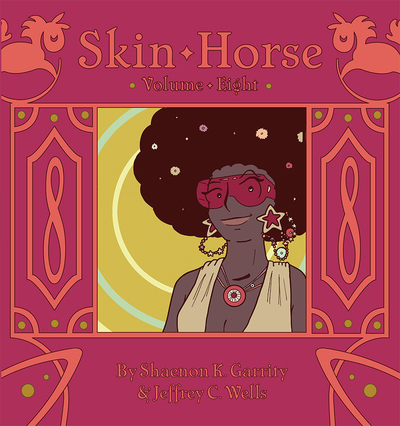 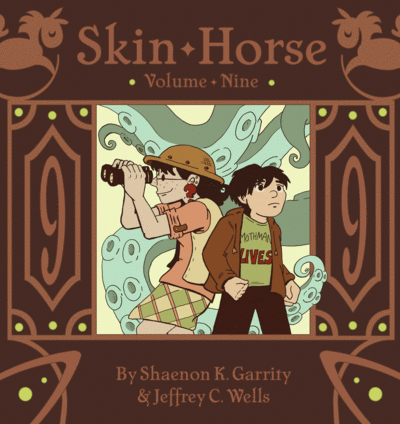 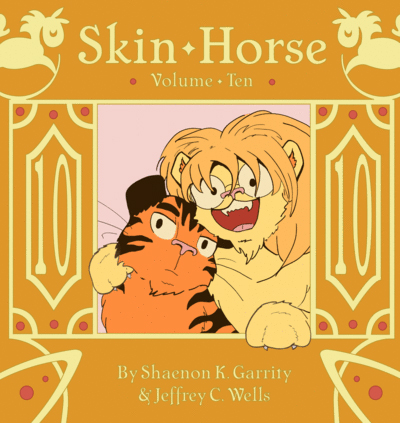 Project Skin Horse started as a government agency dedicated to aiding America’s nonhuman citizens. Now the agents find themselves embroiled in an all-out war between a corporate paramilitary, an all-devouring biomass, a giant robot, and a UFO. (For the record, they’re the ones in the robot.) Who will live? Who will die? Who will remember to RSVP to Nick’s wedding?

Shaenon K. Garrity and Jeffrey C. Wells have been writing and drawing the daily online comic strip Skin Horse since 2008. Now the strip is reaching its conclusion. This campaign will fund print collections of the final two volumes, with plenty of bonuses for backers. 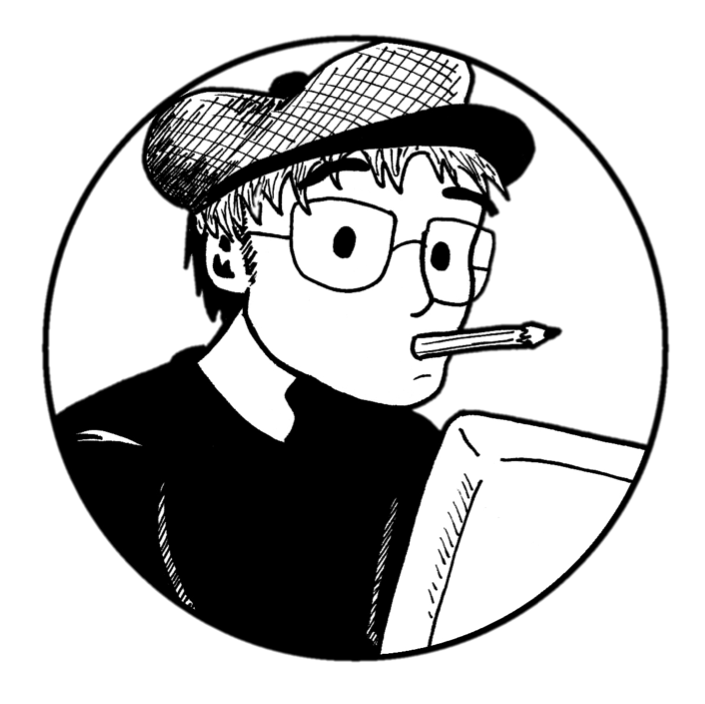 Jeffrey Channing Wells (co-author) reluctantly began writing fictions in 1996 when the theater department at his university denied him access to the vocal performance classes he actually wanted, and the world has not been safe since. He is the author of numerous plays, serial stories and robot battle anthems (actually, just the one) and is now apparently co-writing a webcomic. He is kind of at a loss as to how this all happened. 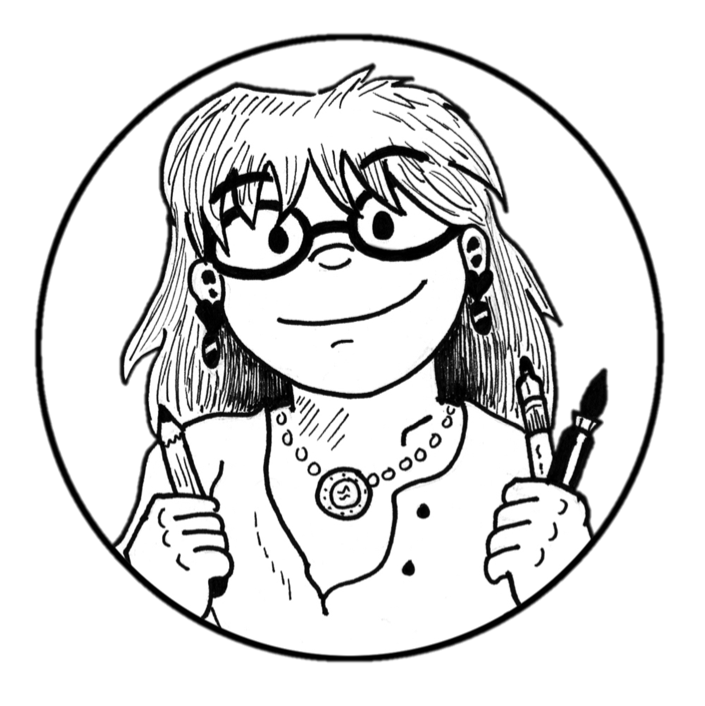 Shaenon K. Garrity (co-author and artist) has written and/or drawn a lot of webcomics, including Narbonic, Li’l Mell, and Monster of the Week. Her graphic novel The Dire Days of Willowweep Manor, with art by Christopher Baldwin, is available from Simon and Schuster.

“Skin Horse is laugh-out-loud funny, in the way that the Marx Brothers were funny: It starts with something that is just barely plausible and then piles up incongruities into a massive, complicated structure built entirely of crazy.”

“I absolutely love every bit of Skin Horse from beginning to end!”

“One of the smartest, funniest, long-con-est webcomics around.”

“It’s like the X-Files crossed with Monty Python, with a healthy dose of civil service bureaucracy.”

“I’m constantly amazed at how many jokes Skin Horse can get out of ‘robots talk weird.’”

$20,000: Shaenon will draw Season Seven of her webcomic Monster of the Week.

We’ve published 10 volumes of Skin Horse and run numerous crowdfunding campaigns. We foresee no problems with the publication of the final two volumes.

Assets will go to the printer in July/August. Books should be received from printer by September. Books will be shipped to backers by the end of 2022.

Skin Horse Ebooks Are Here! Thanks again for backing Skin Horse Volumes 11 and 12. PDF editions of the books are now available for your perusal. All supporters will get download links emailed to them today, so please look out for those in you inboxes!

If you see any revisions that need to be made, you can email me (me@shaenon.com) and let me know. 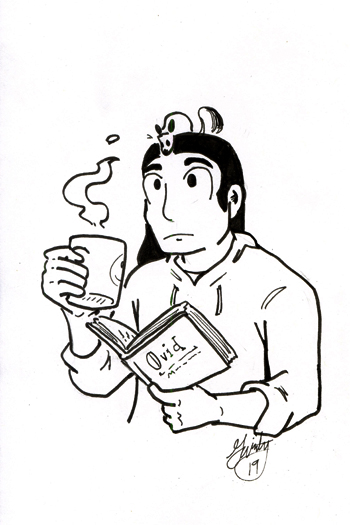 Monster of the Week Returns!

As prophesied when we hit our stretch goal for Skin Horse Volumes 11 and 12, I’m drawing a new season of my X-Files commentary comic, Monster of the Week. You can enjoy Season Seven over here:  LINK
Thanks so much for giving me an excuse to do this!
Shaenon 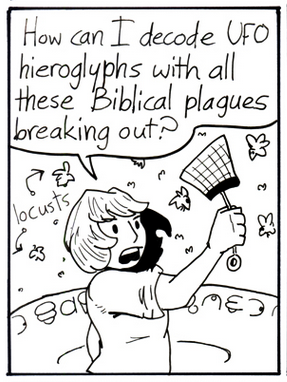 As work on Skin Horse 11 and 12 continues, please enjoy the (not yet colored) title pages for the bonus comics that will appear in these volumes. 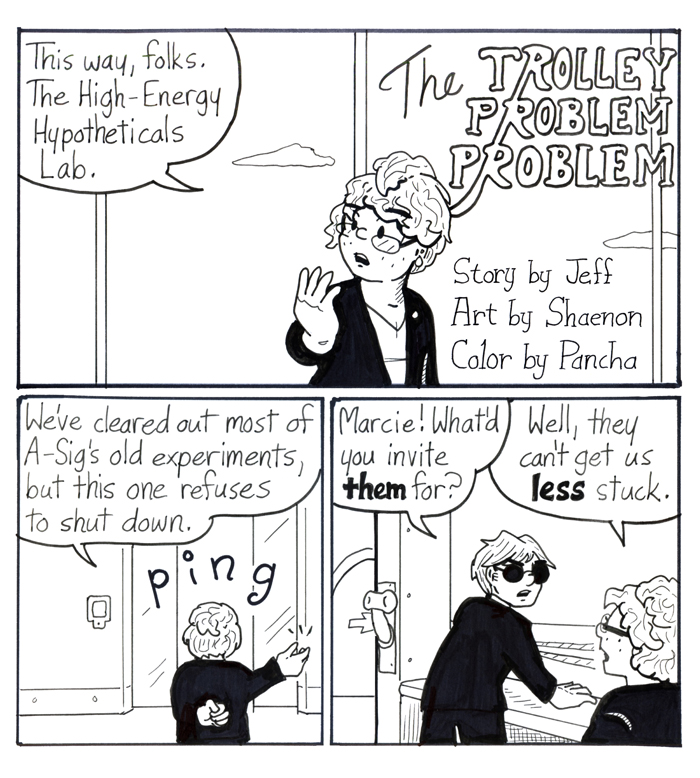 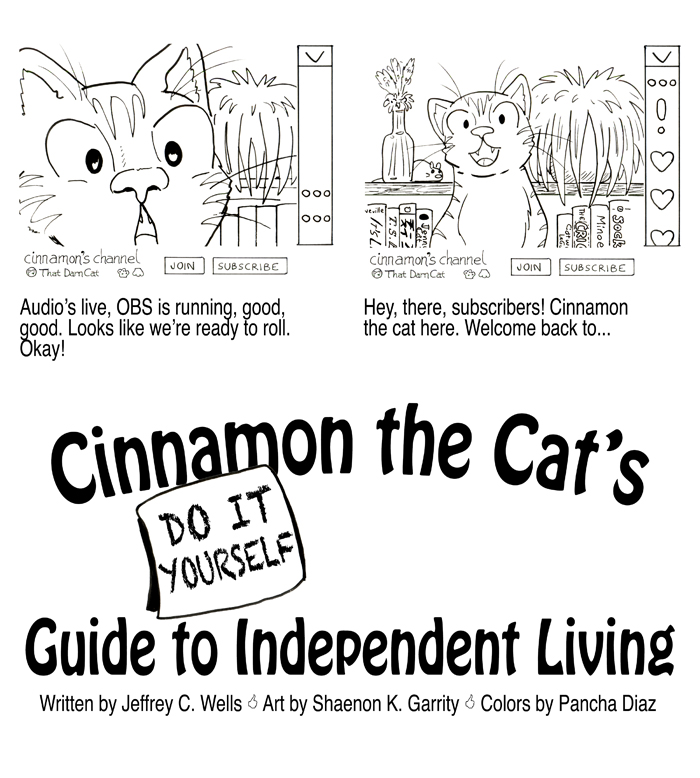 Bonus Stories and Monster of the Week

Hello, backers! I just got back from the San Diego Comic-Con, which was exciting and exhausting. Right now I’m drawing the bonus stories for Skin Horse 11 and 12, both written by Jeff, after which we’ll be about ready to ship the books to the printer. Please enjoy this page-in-progress from the Volume 12 story.
Next month I’ll start posting Season 7 of Monster of the Week, as the stretch goals foretold. Thank you all again so much. I’ll be back with more updates as they occur.
Shaenon 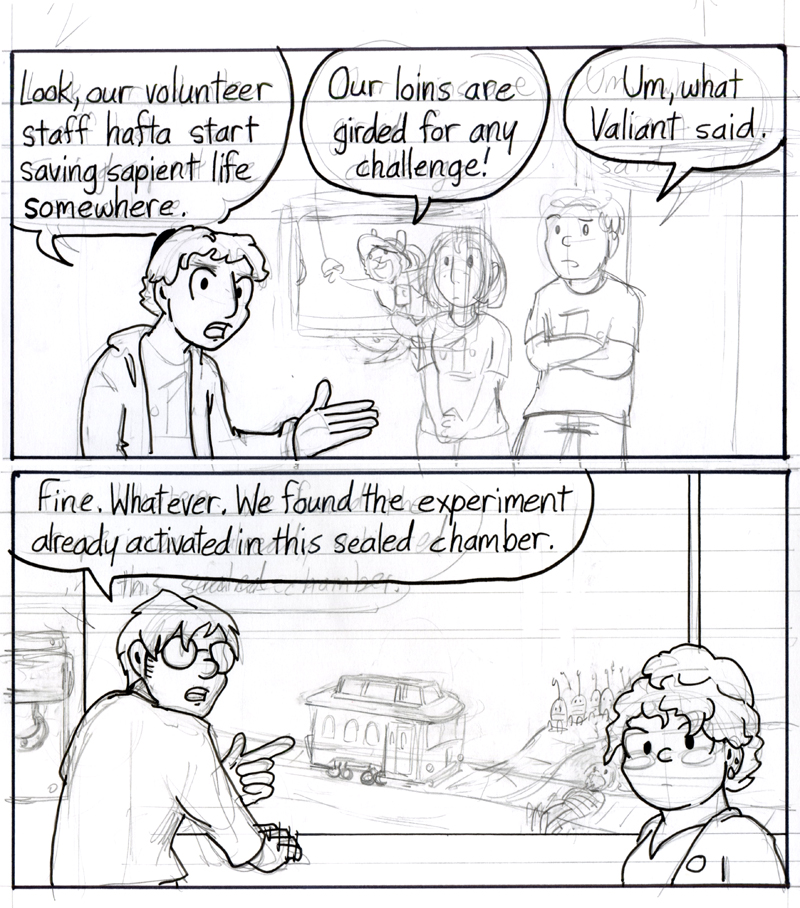 Skin Horse 11 and 12 are funded! Thank you so much to everyone who backed our campaign and spread the word. Now to make some books!
—Shaenon

We’ve passed our first stretch goal! That means I, Shaenon, will draw another season of my X-Files recap comic, Monster of the Week. Thank you all so much! The campaign continues until July 5, so keep an eye out for future updates and keep spreading the word!
—Shaenon

Skin Horse 11 & 12 are fully funded and then some! Thank you so much for all your support! Now the fun part begins: adding stretch goals.
If this campaign reaches $20,000, I, Shaenon, will draw another season of my X-Files recap comic, Monster of the Week. This will recap Season 7, which includes such episodes as the one with the monster working at a fast-food place, the VR one written by William Gibson (no, the other VR episode written by William Gibson), the one that’s a Millennium crossover, the one that’s a COPS crossover, and the Duchovny-penned classic “Hollywood A.D.” Yes, it’s one of the wacky seasons.
Meanwhile, keep spreading the word! Let the world know of all the glorious comics available this month!
—Shaenon