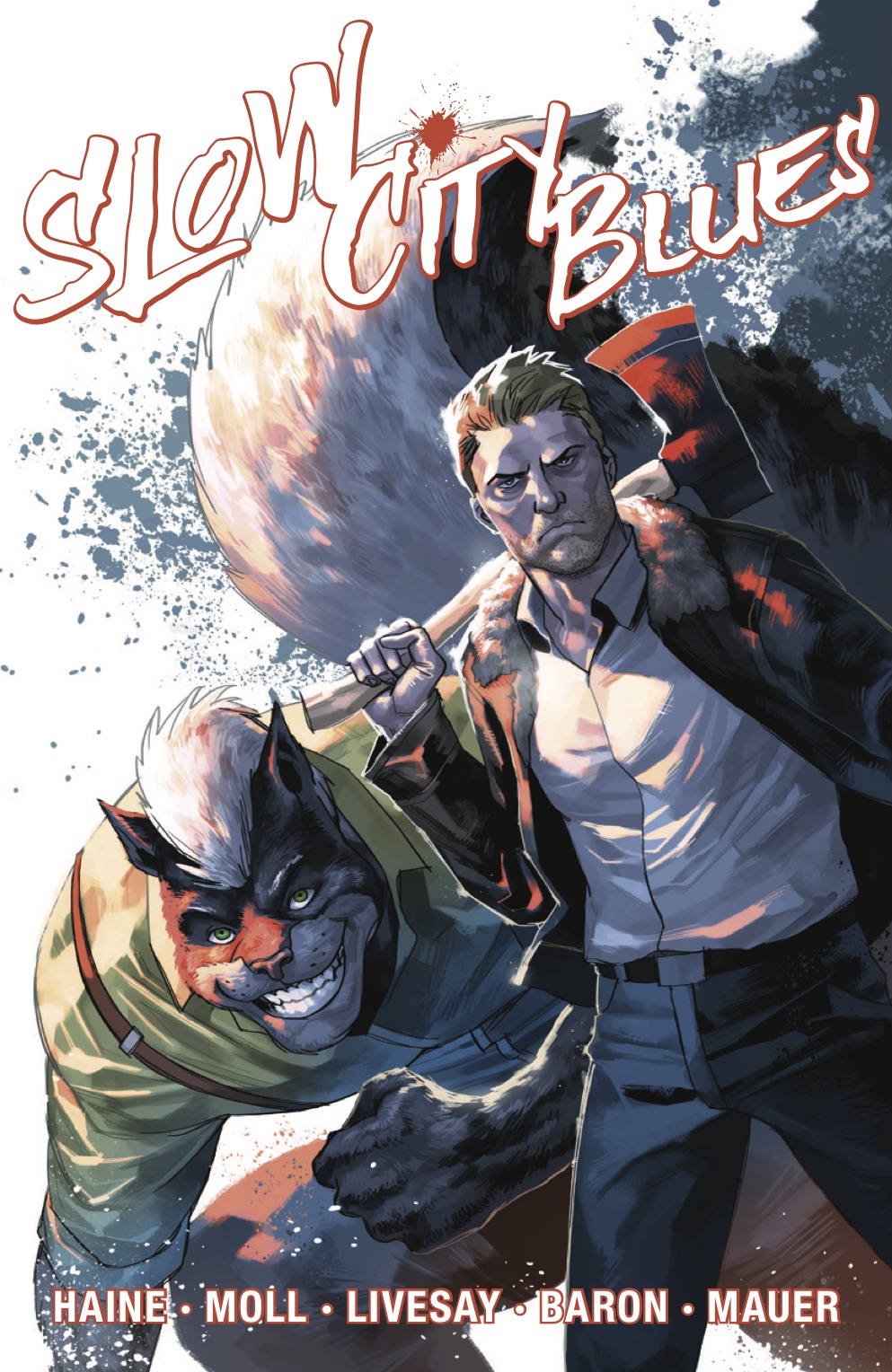 Slow City Blues is an ongoing series following Detective John Loris, who gets trapped inside his imagination after a horrible accident causes him to try and take his own life. John instead ends up in Slow City, a construct of his mind’s eye, a place where anything is possible - except a way out. There, he must battle his deeply-rooted inner demons and examine who he truly was before ending up in this self-made purgatory.

In Slow City, John is reviled and feared as “The Trigger Man,” the one responsible for the existence of all. There, he does the only thing he knows how: solve crimes, with his partner (now a six-foot-six smart ass skunk named “Moof”). With his wife and son waiting back in the real world and his subconscious conspiring to keep him trapped in his imagination forever, John must overcome the worst parts of himself and defeat Death, in his quest to find out whether he is worthy of enlightenment and happiness - or if he is beyond salvation.

This campaign has been closed.
We thank everyone for their support!
We use cookies to improve user experience, and analyze website traffic.
For these reasons, we may share your site usage data with our analytics partners.
For more information read through our Privacy Policy.
​